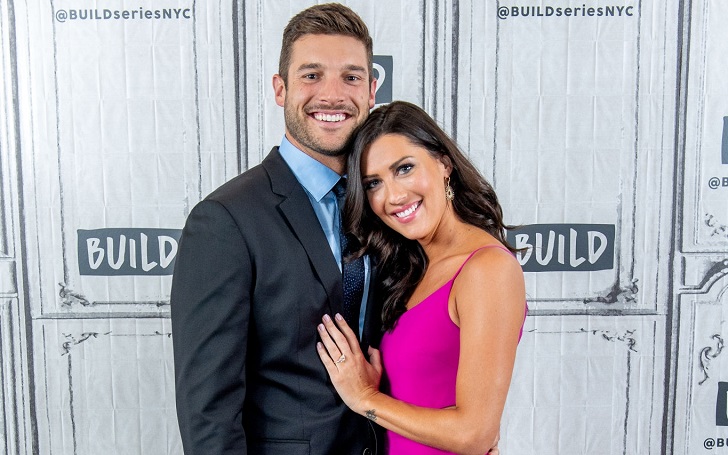 With already a distance between 'The Bachelorette' Season 14's engaged couple Becca Kufrin and Garrett Yrigoyen, the current Lives Matter movements have reportedly all but ended their relationship.

'The Bachelorette' winner Garrett Yrigoyen expressed his support for the 'Thin Blue Line' and 'Blue Lives Matter' movements, which are pro-police in contrast to the 'Black Lives Matter' movement, on Instagram in mid-June. And according to a source for E! News, it caused an irreparable rift between him and fiancee Becca Kufrin enough to break their already-ruptured bond.

"Becca is still very upset with Garett's comments and the controversy surrounding it," the source told E!. "Their lifestyles don't mesh anymore. Garrett wants different things, and they came to a realization that they aren't compatible anymore."

There seems to be different opinion on their relationship.
Photo Credit: Josiah Kamau, BuzzFoto

The engagement is off, but the split doesn't really come as a surprise as they were on their way to fix a strain in their relationship formed recently, and his comments naturally became the last straw. They were already living separately despite moving to Carlsbad, California, just last year.

However, the separation is said to possibly be because "Garrett is doing a backpacking trip in the wilderness with his buddies and is taking time for himself."

"They are trying to keep it low-key because they are still working things out," the source adds, "but the relationship is definitely done." But during her appearance on Rachel Lindsay's podcast, 'Bachelor Happy Hour', Kufrin hung her relationship by the thread, saying, "I don't know."

Lindsay did strike Yrigoyen when she went on Danny Pellegrino's 'Everything Iconic' podcast in late July. "I think he's a piece of s**t, and I have said to her, 'I will not f**k with him.' "

Lindsay also pointed out other "problematic behaviors" from the man in the past, but Kufrin believed he did not mean his sentiments in June to be from a bad perspective. However, this isn't helping him sustain the relationship. Still, the confirmation is yet to come from Kufrin herself if she's really done with him after two years together.