Becky Lynch And Seth Rollins Provide Update On Their Relationship 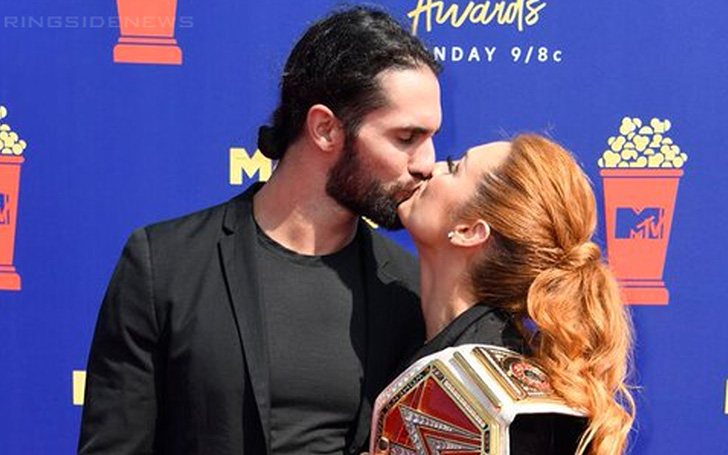 Becky Lynch and Seth Rollins exclusively open about their relationship.

Scrolling some pages behind the scene of WWE PPV gallery, Newly confirmed the sizzling news about a new World Wrestling Entertainment's power couple.

You might be wondering who? Well, it's no other than WWE superstars Becky Lynch and Seth Rollins.

The riddles are now being solved, why WWE highlighted Universal Champion Seth and the Raw Women's Champion Becky heavily in Money in the Bank photo gallery.

The recent Monday night was the first time Lynch and Rollins brought up their relationship exclusively on television.

Check Out: Becky Lynch talks about LOVE AND WRESTLING

Later in the interview by Radio Freiburg, Becky was jokingly questioned 'what she would do if women around the world want to fight her as she is dating Seth Rollins.

"Women around the world? Sure, yeah. Sorry ladies!"

The power couple were longtime friends for 6 years and always felt a strong bond and connection with each other. Lynch shared, "We were both singles at the same time and one thing led to another and burned that down with straight fire!”

Well, our wishes are with the couple for their upcoming match with the hope to see them win the title together and create a legacy. Stay tuned and connected to find for updates.