home Movies & TV Shows 'Becoming Batman: The Possibility Of A Superhero' Explains The Requirements To Transform Into The Caped Crusader

'Becoming Batman: The Possibility Of A Superhero' Explains The Requirements To Transform Into The Caped Crusader 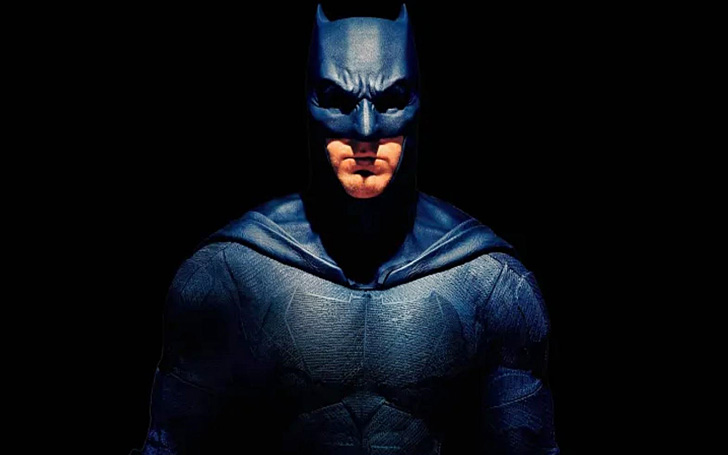 What does it take to become Batman?

Caped Crusaders are not present in our life; when there is a mugging going on no one is going to come in from the rooftops wearing masks and spandex to save you. Superheroes are something we see in the movies, and we live vicariously through them, but it is impossible to become one, well not impossible, let’s just say extremely difficult.

Neuroscientist and kinesiologist E. Paul Zehr talked about the possibility of a person becoming Batman in real life in his book ‘Becoming Batman: The Possibility Of A Superhero.’ The reason for choosing Batman is simple as the hero under the mask, and the suit is a human being who doesn’t have any superpower to speak of, he is just a well-trained smart person who has trained to become Batman.

According to Zehr, the first thing you need to become a superhero is genetics. By genetics, we don’t mean that Targaryens can’t be burnt by fire, by genetics, we mean a body which can absorb physical training as well as recover from fights quicker. It is not enough to be fast and agile, as long as you can’t recover from injuries, then the possibility of becoming a hero is a pipe dream. Genetics is essential as well the body type because you might become a superhero with a lot of training, but when it comes to fighting every night and day, the beating is going to take a toll.

Another thing that is required to become a superhero is the will to act by an individual. You might have all the skills in the world, but all the skills are useless if you are not willing to go through the rigors of becoming a superhero. Are you going to devote yourself to a disciplined regime, or are you just satisfied with your training will depend on how good a superhero you will be. Like 'Ra’s Al Ghul' tells Bruce Wayne in a training montage on top a frozen lake, “The training is nothing! The will is everything!”

Watch: Batman gets a lesson in skill and will

The thing we have been taught over and over again throughout our lifetime is, be the best you can be at one thing, well, that rule doesn’t apply to become a superhero. When it comes to becoming a superhero, you need to be best at almost everything. You need to be fast to sprint, and you need to have the endurance to chase someone for a long time. You need to be strong to fight with bigger men and women, and also you need to be agile to jump across buildings. Don’t worry about one particular skill if you want to be a superhero, be good and best at most of the skills and not one in particular.

The book also talked about how you will need at least 15-18 years of training in various discipline to really become the hero that jumps into a fight willingly. The diet, the commitment, the mental strength required is immense, and there is no easy way to achieve that level of danger and come out unscathed.

The book is about the requirements it takes to become a caped crusader lurking around in the night looking for trouble, but that is not what the book is endorsing. The book and the writer intends to ask readers to have the commitment and will power like a superhero.

Also Read: Fans Are Not Best Pleased After Reports Suggest Robert Pattinson Is Set To Become The New Batman

Superheroes are something to aspire to; they are the embodiment of will power, and doing more than you think was possible. The moral of the book is to push yourself beyond the limit to achieve what you thought was impossible, in any aspect of your normal life. The real lesson is that you can always do more than what you thought was possible and the whole point of Becoming Batman is we can be better than what we are now.