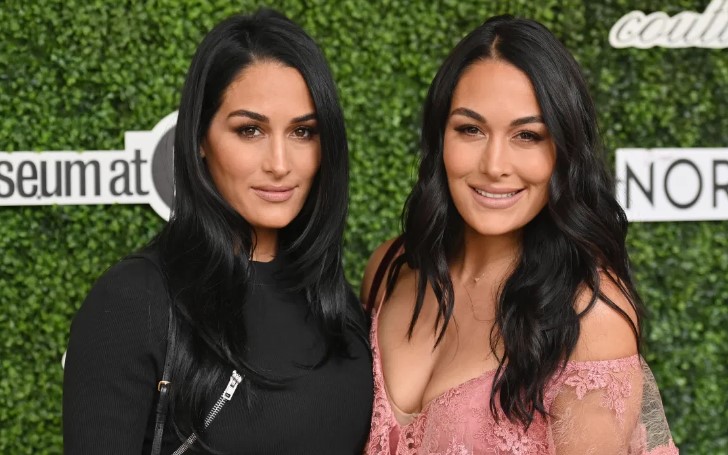 Surprise! Nikki and Brie Bella are both pregnant.

Well, well, what we are hearing, it's a double surprise from 'Total Bellas' twins Nikki Bella and Brie Bella. The twin sisters revealed both are pregnant, and due dates are just a week and a half far.

It's surprising how no one could spot their baby bumps all this time, well, however, it's undoubtedly good news, and we are more than happy for the sisters.

Nikki, 36, is expecting her first child with her fiance Artem Chigvintsev, while it's Brie's second time with her husband, Daniel Bryan. Bryan and Brie already share a two-year-old daughter, Birdie.

In an interview with one of the media outlets, Nikki said, "It was a total surprise. It took even a good week to come to terms with like 'Oh my gosh! I am pregnant.' and I am not ready for it."

Nikki and Artem, who got engaged during their trip to France in November 2019, revealed they were not trying for a baby, but Chigvintsev always wanted to be a father.

Nikki said, "I was in Yoga, and I kept getting this feeling that you need to take a pregnancy test, but I wasn't even late yet. And so I am like, 'why do I keep having this feeling? Am I getting twin vibes from her [Brie] because she just told me she is pregnant?'"

Nikki further added, "I did not tell Artem at this point, I just want to do this by myself. When I came back in, and it said pregnant, I had to sit down for a sec."

While on the other hand, Brie said she and her husband did not even want another child, but since the pro-wrestler sisters are pregnant and a week apart from their due date, it's all good. Many good wishes to both the sisters.

You May Also Like: Who Is Laurel Stucky Dating? Does She Have a Boyfriend or Girlfriend?