home Entertainment Ben Affleck Back Tattoo Is Pretty Hilarious But Is It Really As Bad As Fans Claim It To Be?

Ben Affleck Back Tattoo Is Pretty Hilarious But Is It Really As Bad As Fans Claim It To Be? 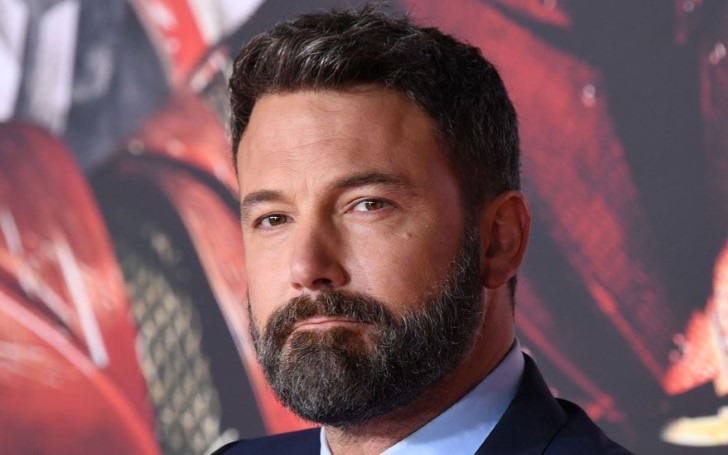 Ben Affleck giant Pheonix back tattoo faces criticism from fans and celebrities, some regarding it as 'the funniest tattoo I have seen in my life'.

With many backlashes and trolls being buzzed out on the internet, Ben Affleck's back tattoo, so-called 'obscenely dumb tattoo' maybe one of the most hated inks in Hollywood Industry.

In March of 2016, Jennifer Garner the former wife of Ben initially started the backlash after the couple announced their split, Jeniffer criticizes saying,

“You know what we would say in my hometown about that? ‘Bless his heart.’ A phoenix rising from the ashes. Am I the ashes in this scenario?” Garner says with a wink. “I take umbrage. I refuse to be the ashes.”

As there is a saying 'think before you ink', Ben was approached about the Tattoo in the same month by Mario Lopez, the host of TV show 'Extra' Affleck insisted that the tattoo was "fake for a movie."

But almost after two years since Affleck denied its existence, the question popped up again when the actor was on the beach in Honolulu, shooting the movie "Triple Frontier", Affleck, 45, was photographed with the Tattoo wading into the ocean.

So what does Ben have to say about it now?

"I actually do have a number of tattoos, but I try to have them in places where you don't have to do a lot of covers up," he said. "They get sort of addictive, tattoos, after a while."

Soon as the Batman star ink was revealed by the paparazzi, critics started punching with awful comments and sarcastic memes,

'Next time you're feeling sad, remember that you're not Ben Affleck so you (probably) don't have a tattoo so big and so ugly and so universally ridiculed that you had to lie and say it was only temporary and just for a movie when it is so clearly not.'

The writer and actor known for his work on Trash twitted,

Ben Affleck's back tattoo is, and I'm saying this without hyperbole, one of the funniest goddamn things I've ever seen in my entire life. Holy moly. What a wonderful gift to all of us this is. Truly a great day to be alive because of this obscenely dumb tattoo. (via @people) pic.twitter.com/8LtvmF1Z5h

Celebrities like Jennifer Lopez even regarded it as 'awful' reasoning it "his tattoos always have too many colors."

Obsessed With Tattoo? Check Out These 10 Weirdest Tattoos That Will Make You Think Again >>>

So, what do you people think about Ben's tattoo? Well, it's not that bad as people are criticizing it but not good either. Maybe a couple of adjustments will make it look better. Stay tuned and updated to find out more intriguing articles.