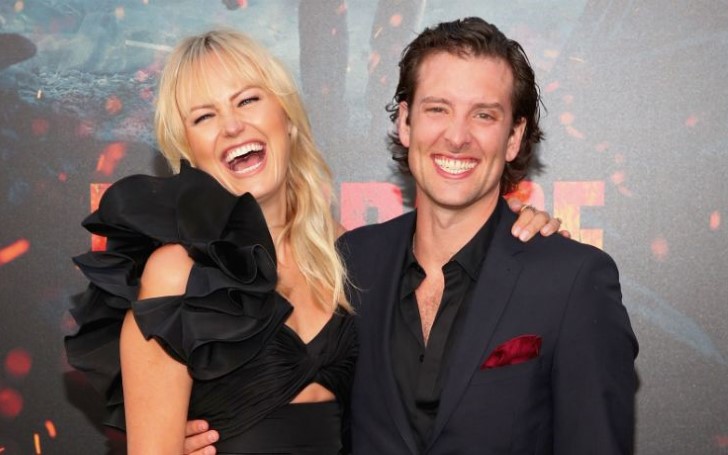 Malin Akerman married Jack Donnelly and is now officially off the market.

The 'Billion Star' actress Malin Akerman officially tied the knot with now-husband Jack Donnelly on the 1st December of 2018 in Tulum, Mexico. The couple reportedly got engaged last year after dating for around a year.

The 40 years old bride wore a bright silky pink dress designed by Cushnie to perform her wedding rituals, whereas, her 32 years old British partner Jack was simply dressed in formal wearing a navy blue pant and shirt followed by a waistcoat. 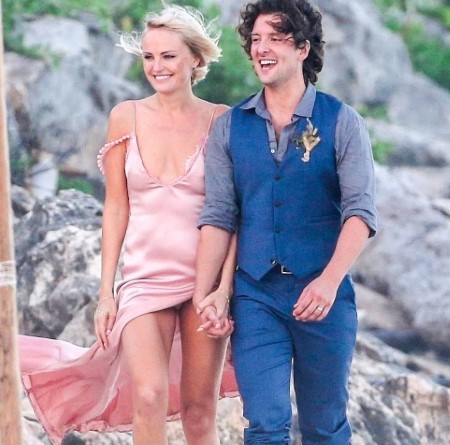 As per reports, the wedding was very intimate and included their close friends and relatives only. The wedding ceremony took place nearby the beach of Tulum, where the newlywed couple can be seen holding hands and kissing with a huge smile on their faces.

As a matter of fact, both Malin and Jack were first spotted kissing in Puerto Rico in March last year. The duo only made their first debut as a couple on 57th Monte Carlo TV Festival and later on Golden Nymph Awards in June.

Happiest of Birthdays to my wonderful man #jackdonnelly We are so friggin happy you were born! love you ❤️ #birthday #love #family

Malin's son also played a role in their wedding who was reportedly seen dressed in a white shirt and pant. Through Malin's post on Instagram, it is clearly visible that Jack shares a special and close bond with her son.

You may also like: Princess Eugenie of York and Her Husband Jack Brooksbank Posing in the White Drawing Room

This sweet and loving man has stepped into our lives and stole both our hearts! I think we’re gonna keep him around for a while ;) #engaged #isaidyes #jackdonnelly #family #yes

Furthermore, Malin spoke on Jack regarding their engagement announcement which was shared through her Instagram post last October where she said:

“This sweet and loving man has stepped into our lives and stole both our hearts! I think we’re gonna keep him around for a while #engaged #isaidyes #jackdonnelly #family #yes,”

This is Malin's second marriage as she was previously married to musician Roberto Zincone of six years, who is also the father her five years old son, Sebastian.