home Entertainment What is Billy Fuccillo's Net Worth? Find All the Details Here

What is Billy Fuccillo's Net Worth? Find All the Details Here 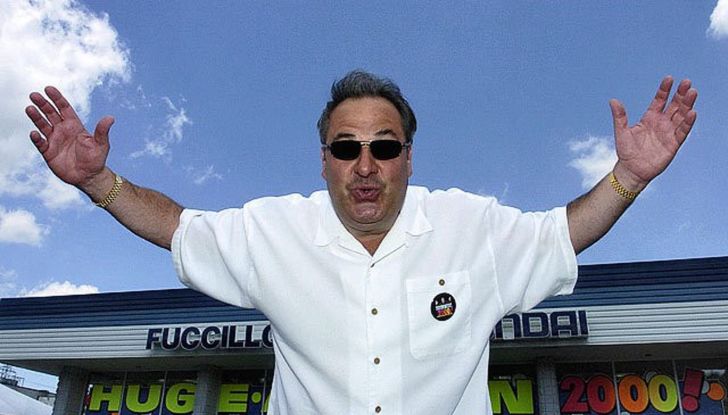 How Much was Billy Fuccillo Worth at the Time of His Death? Find it Here!

The famous Cape Coral car dealership mogul and owner of Fuccillo Automotive Group, Billy Fuccillo, is dead at 65. Born in Greenport in 1965, Fuccillo had a degree in marketing from the Syracuse University. He was best known for his over-the-top car commercials.

Remembered as a car-selling legend now, the industry reports the mogul had a philanthropic side to him that many didn't know of. Billy had started his dealership empire in Central New York, which steadily expanded to 28 dealerships in New York and Florida. Fuccillo is now survived by his wife, Cindy, and son Billy Fuccillo Jr. And the fortune he has left behind for them is colossal in a word.

Learn Billy Fuccillo's Net Worth at the Time of His Death!

Billy Fuccillo was suffering from a long-time illness and passed away on 17th June.
Photo Source: City Central

His Fuccillo Automotive Group is the largest automobile dealership in New York and rightfully fits Billy's catchphrase, Hugeeeee. From starting his first dealership in Adams, Fuccilli grew his empire exponentially to a total of 28 dealerships and 31 franchises.

Check Out: Malcolm Gladwell's Net Worth: Find all the Details Here

But it was Billy's brilliant tactic that tended to his fortune. He was known as a marketing guru who spent millions on advertisements alone. But Fuccillo's accomplishments also include two national awards for Fuccillo Kia of Cape Coral, Florida.

Fuccillo's net worth at the time of his death was colossal in a word.
Photo source: Distractify

In March, his Fuccillo Kia of Cape Coral was sold for $13.1 million. Fuccillo was an avid philanthropist who contributed to society frequently. He regularly donated to Harry Chapin Food Bank. Stories of Billy's generosity with customers and his employees have been coming up since his sad demise.

Billy had been reportedly suffering from a long-time illness. Local press and rumors had gone haywire after Billy remained noticeably absent from commercials for a long time. But people suspected something was wrong only when he put his lavish Florida estate on the market.

Don't Miss: What is Chance Perdomo's Net Worth? Find All About His Wealth and Earnings Here

Amid his declining health, Florida Newspaper reported that Fuccillo had sold his top-selling Kia dealership in the world in Fort Mayers for a whopping $36 million. The paper further wrote Billy had sold it to LMP Automotive Holdings.