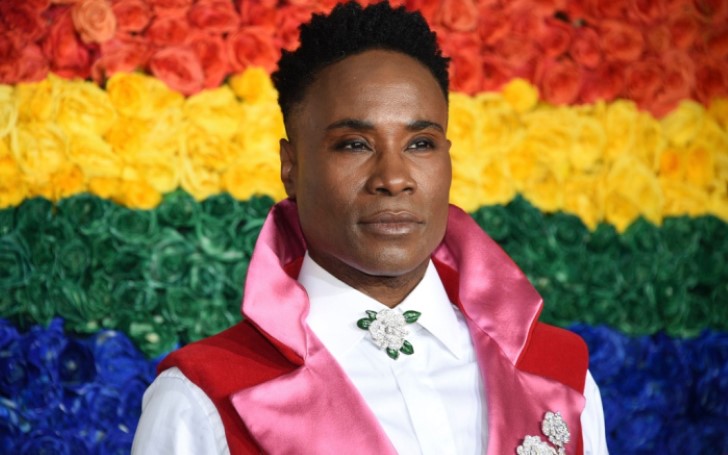 Billy Porter made a powerful statement about women’s reproductive rights with his outfit at the 73rd annual Tony Awards.

From his viral velvet tuxedo gown at the Oscars to his Egyptian-inspired ensemble at the Met Gala, Billy Porter surely knows how to reinvent his fashion history and his Tony Awards look is no exception.

The “Pose” star stepped out on the red carpet at Radio City on Sunday night dressed in a red and pink suit with a train by Celestino Couture that incorporated the crimson velvet curtain from Broadway’s “Kinky Boots,” for which Porter won the Tony Award for Best Actor for back in 2013.

American performer revealed the floral pattern on the train of the “gender-fluid evening suit” portrays female reproductive organs in a pro-choice statement about women’s abortion rights.

“At the fitting, we spoke about making a pattern on the train that was in the shape of a uterus, but not obvious of course. And I thought it was awesome because women’s rights are under attack right now. I’m an advocate for all who are disenfranchised. None of us are free until we’re all free!

“I really want to make sure that I’m showing up for all of the disenfranchised people I can so that we can find power in our unity. This government is trying to take away the woman’s right to choose and that’s unacceptable. No!”

In an interview with The Hollywood Reporter, Porter shared that his dress was inspired by Elizabethan couture and features more than 30,000 Swarovski crystals.

The pop singer, who's been praised as a best-dressed attendee on various red carpets this year, including the Grammys and the Met Gala, said he wanted to “flip the question of what it means to be a man” with this latest ensemble.

Earlier this month, the voice coach wore a "matador-realness" themed outfit to the FX show "Pose" Season 2 premiere in order to send an anti-bullying message.