home Movies & TV Shows Black Mirror: The Waldo Moment - Did They Predict The Rise Of Donald Trump Back In 2013?

Black Mirror: The Waldo Moment - Did They Predict The Rise Of Donald Trump Back In 2013? 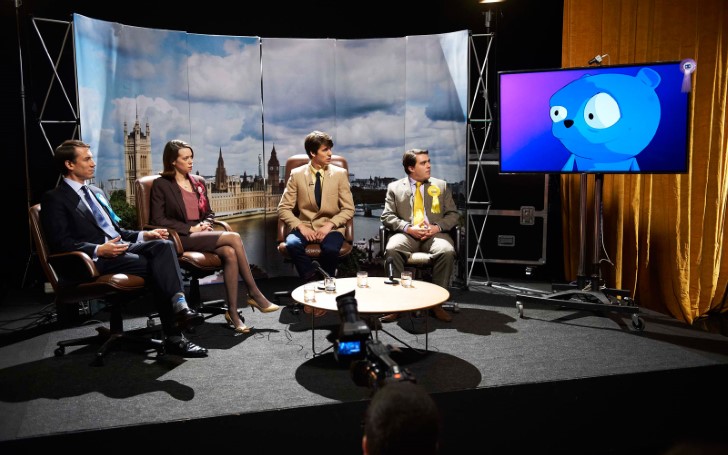 Did the Black Mirror: The Waldo Moment predict the rise of Donald Trump back in 2013?

Black Mirror is just one of those TV series that compels you to think through the mental barriers the current society is suppressed by. The series presents its viewers with bizarre yet realistic storylines to engage upon and give a serious thought about the world we live in today.

The series just pinpoints subjects that are spot on relatable to the audience as the world is vaguely subsiding to the dependence on technology. The blue bear named 'Waldo' in the 3rd episode of the 2nd season titled 'The Waldo Moment' is a protégé of how people prefer something so hypothetical and over the top rather than something real. Or did the episode just kicked it up a notch and predicted the future of politics?

Well, Waldo is an arrogant blue bear who makes use of obscene language to surpass the intellect of his opponents and boasts a major mainstream fanbase by doing so. The animated character is someone who would blabber his way out of any agreement without the use of logic whatsoever. Just a loud mouth blaming others for the problems while not even being the slightest bit concerned about the general public yet so famous and popular. Who does that remind you of in the current world scenario?

You got it, right folks! It's President Donald Trump. As a matter of fact, fans have been losing their mind over the fact that how Black Mirror almost precisely predicted the rise of the most imprudent and controversial politician ever. As we look at it now the similarity between Trump and Waldo is quite uncanny, both of them despite being degenerate and ignorant, enjoy immense popularity among the people.

The arrogant and abusive nature of Waldo exactly matches that of the current president of the US as the world has come to witness since he joined office in January of 2017.

The episode that focused on the blue bear who rises to fame through appealing to the public through the concept of change and of course greatness possesses some undeniable similarities to real life political scenarios. Taking that into mind, it would be fair to say, The Waldo Moment did do a fair job on warning the people of the world beforehand on the political shock they were yet to endure.