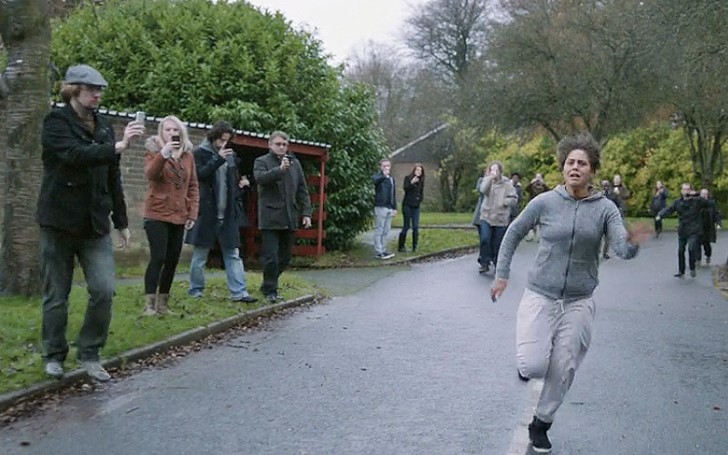 What meaning does the White Bear of Black Mirror hold?

Black Mirror is one of those out of the box series that will leave you deep in your thoughts contemplating the world that we live in today. Given that technology is gaining major importance in our lives, there is much room left for us to go through the depts of our mind to imagine the future of it all both in a positive and negative manner. British science fiction anthology series Black mirror taps into just that with its borderline bizarre plots.

One of those mind-boggling instances came in the show as it reached the 2nd episode of Season 2. The episode titled White Bear revolves around a woman named 'Victoria Skillane' (Lenora Crichlow) who wakes up with no recollection of her identity in a house where television screens are showing an unknown symbol. As she gets herself together and turns the screens off, she comes across photos of herself and a man (Nick Ofield), along with one of a small girl (Imani Jackman) which she carries along as she heads out of the house she woke up in. 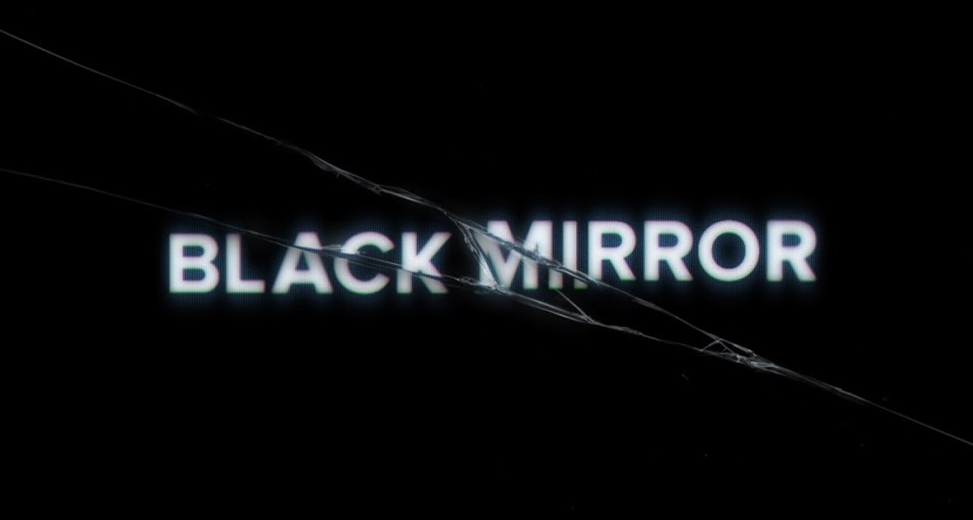 Black Mirror is one of the widely acclaimed shows of today.
SOURCE: brainknowsbetter.com

The woman leaves the house and adjures the people visible in the vicinity for help but they ignore her while recording her on their phones. Eventually, a masked man arrives in a pickup truck and opens fire at her with a shotgun, she survives the attack and ends up with 'Jem' (Tuppence Middleton) and 'Damien' (Ian Bonar).

Jem and Victoria successfully make their escape from the man, who ends up killing Damien. After which they choose a secluded home as their hideout and Jem fills the woman in on the fact that a signal began appearing on television and mobile phone screens, which caused most people to convert into these passive voyeurs. Surpassing all the attack attempts of the Hunters Jem plans to reach a transmitter at "White Bear" to destroy it.

As the two continue to pursue their plans to reverse the effect the signals had on those people they are picked up by Baxter (Michael Smiley), a man who is also unaffected. In a rather shocking note, the man holds them at gunpoint in a forest, where he tries to torture the woman, but Jem ends up killing Baxter first.

They carry on their way to the transmitter; when they reach their destination and are in the endgame of their plan, two hunters attack them. Then, the woman wrestles a shotgun away from one of the hunterS and fires and is shocked that the gun only sprays confetti.

The real turning point in the story takes hold when the walls open to reveal that everything was staged. The woman is then strapped to a chair and let in on the fact that her name is Victoria Skillane, and that the girl in the photograph that she took it with herself is Jemima Sykes. Right then and there we are acquainted with the fact that Victoria and her fiance, Iain Rannoch abducted and murdered the little girl.

Also read: Black Mirror San Junipero Analysis: Is The Ending A Happy One?

After the couple was arrested, Iain killed himself in the cell, while Victoria was sentenced to undergo daily psychological punishment at the present facility, which is called White Bear Justice Park.

Passing through a crowd who are baying for her blood Victoria is driven back to where she awoke. Baxter places electrodes on her head, wiping her memory of the day's events while putting Jemima's video on the TV screen. Accompanied by the end credits is the scene of new day's events from the point of view of the park staff and the park visitors who also partake in filming Victoria. 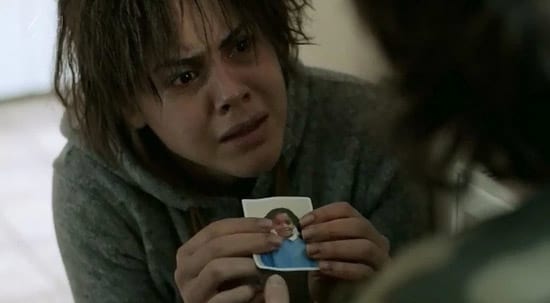 Victoria holding the photo of the girl.
SOURCE: Unilad

The episode of the Black Mirror actually aims to acknowledge the mentality of the world we live in today. Moreover, this gruesome portrayal of a criminal's punishment exemplifies the zest of "an eye for an eye" punishment that is existential in the society as we know of today. The episode certainly is a brutal attack on the modern world's culture which tends to dress up the humiliation of others in the name of entertainment.

Steering to the literal meaning of 'White Bear', it is a kind of an ironic process theory also referred to as ironic rebound or the white bear problem which entails that if one deliberately attempts to suppress certain thoughts, they are substantially more likely to surface. Talking an instance from inside the show the audiences' nack for entertainment through violence and torture surfaced out as they enjoyed the process although they are in actuality just witnessing a punishment.

Although the fans have witnessed some varied point of views the real meaning is still upon an individual to comprehend for himself as the real meaning of every episode of the show is tucked right in one's way of viewing the world.