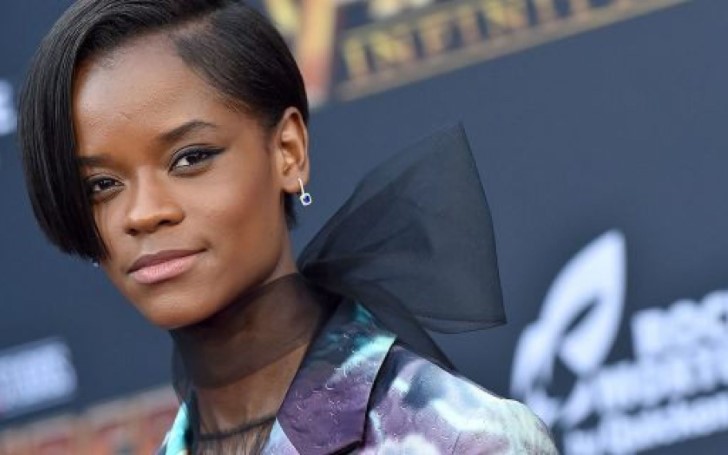 The "Black Panther" actress is named the highest box-office earning actor of 2018.

According to the figures disclosed by Fandango, Letitia made it to the top with the hefty sum of $1.55 billion in box-office revenue.

This was followed by her marvel co-stars Chadwick Boseman, Winston Duke, Danai Gurirab, Florence Kasumba, and Sebastian Stan with a combined sum of $1.38 billion in the second position.

Alongside them, Samuel L. Jackson with $1.29 billion, Chris Pratt with $1.1 billion and Josh Brolin $1 billion landed on third, fourth and fifth position respectively.

Debuting from Marvel superhero film Black Panther, the actress's additional appearance in movies like Avengers: Infinity War, Ready Player One and The Commuter also played part in contributing to her enormous success.

Addressing the remarkable success of the movies, the 25-year-old actress hopes her bank account to soon reflect the money she’s made from the film industry. Further, she poked fun at accolade through a post on her Twitter account.

The Marvel superhero movie Black Panther released on 2018 grossed more than $1.1 billion worldwide beating the Avengers, which grossed $623.4 million in 2012.

Don't Miss: 'Mary Poppins Returns' Became The Outright Winner of The UK Box Office on The Final Weekend of 2018

Later,  Avengers: Infinity War released in 2018 reclaimed its top spot with an outstanding gross total of $2.048 billion worldwide. Ready Player One and The Commuter also experienced significant success with a worldwide collection of $582.2 million and $119.9 million respectively.