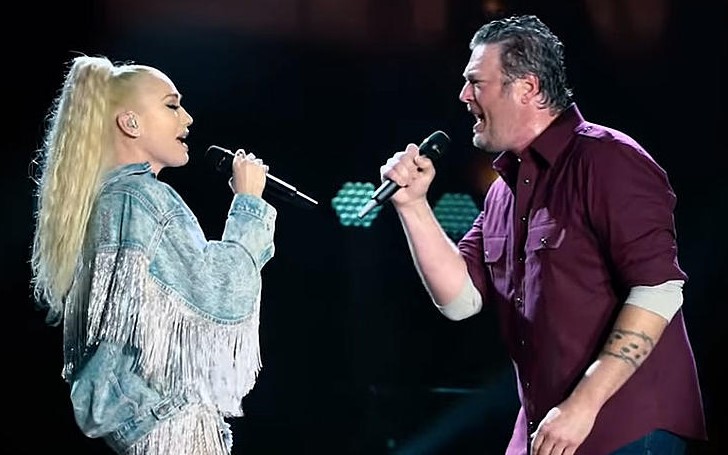 Blake Shelton talks about the possibility of a duet album with Gwen Stefani.

The power couple, Blake Shelton and Gwen Stefani, recently released their second duet, "Happy Anywhere," and has received a massive response from the fans.

The country singer, Blake Shelton, recently appeared on 'The Bobby Bones Show' during which the host of the show, Bobby Bones, asked about the possibility about their duet album.

Blake seemed not so keen on the idea. Shelton said, "I don't think so. Maybe at the end of 10 or 20 years here, we'll have enough duets together that we can put 'em all together as a hits package. I don't know."

The singer further added, "It's hard for me, honestly. The more and more time that goes by, I'm starting to wonder why even do an album at all. I'm having a blast putting out singles. People just stream music now."

The singer continued, "I would rather just record a bunch of music and release them all as singles. They don't have to be radio promoted singles, just music out there as soon as you can."

Watch: Blake Shelton - Nobody But You (Duet with Gwen Stefani) (Official Music Video)

Well, it all makes sense. There's no charm like releasing an album nowadays as it was back in the days, prior to the rise of streaming services. So, at the end of the day, what matters is, the couple is making good music together with no matter what.

We wish them all the luck for their future projects, and we hope we get to hear more from the couple in the coming days.

You May Also Like: Hallmark Will Include LGBTQ+ Stories and Characters in Upcoming Christmas Movies