Blake Shelton Received A Birthday Kiss From A Seal On Tuesday 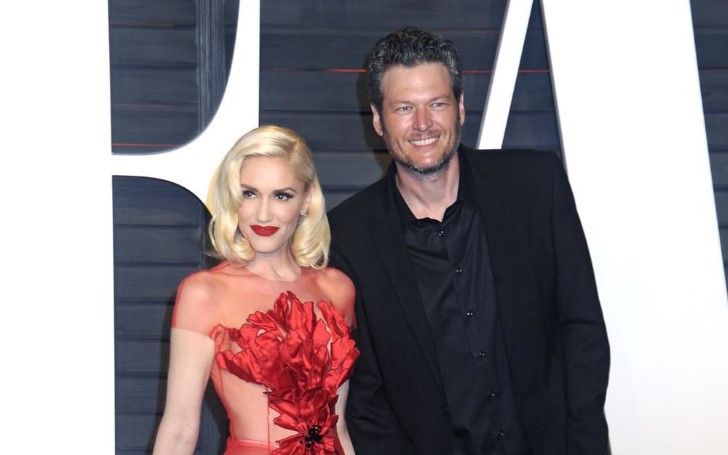 Blake Shelton kissed by a seal on the occasion of his birthday on Tuesday.

You may have heard about some out of the box birthday ritual but Blake Shelton's recent one is bound to put all the past rituals into shame, giving rise to a new level of awesomeness in the birthday celebration department. Yes, folks! Blake Shelton got a birthday kiss from a seal on Tuesday (18.06.19).

The country singer embarked in an "unexpected" trip to Shedd Aquarium in Chicago, tagging along was his lover Gwen Stefani, who referred to the birthday boy as her "favorite human" while in the celebratory mood of his 43rd birthday.

The 'Hollaback Girl' hitmaker took to her Instagram profile to let her 8.8 million followers in on a video of the 'God Gave Me You' singer getting a peck from the slimy mammal.

Happy b day to my favorite human!!! Can’t believe your mine ❤️🤷‍♀️ #soooooolucky!!!! Gx #2019 #gemini 😘💋🎂 #greatestguyiknow thank u shedd aquarium Chicago for an amazing unexpected b day tour!!!

Accompanied by a huge array of throwback pictures, including ones of Blake in a cowboy outfit also comprised of the clip of the country singer getting a seal kiss. Gwen thanked Shedd aquarium Chicago for the amazing unexpected "b day tour!!!" through her caption for the post.

Meanwhile, a source recently claimed the loved-up pair talk about marriage "a lot."

The Voice judge commenced her romantic indulgence with the Oklahoma hunk starting later 2015. Although the pair tend to believe that they are the "happiest they have ever been", they don't want to rush to say their I dos as they are afraid the fast pace development would be hazardous to their relationship.

The past month source maintained,

"Gwen and Blake have come so far and are happier than they have ever been. Blake talks about Gwen nonstop."

"Just this week his friends were talking about how he glows when he refers to her. He gushes about her a lot and it's really sweet."

Some have birthday parties while some would blow the candles alone but not Blake Shelton, he gets kissed by seals. Screams extraordinary, doesn't it?