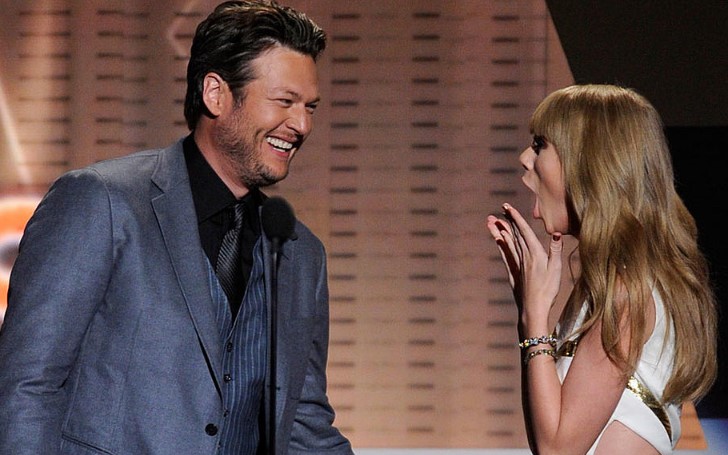 Blake Shelton is a fan of Taylor Swift's new album.

As we already know, we hope you know by now, Taylor Swift's new album is here and it's here to stay for a while at the top chart. Previously, Taylor surprised us with her brand new surprise album, Folkore.

Since the singer released it, people are going crazy because it's that good, almost every song is charting and is not the most streamed album already.

There were some surprising theories following the release of the album, a few fans suspected the singer is pregnant, while that still remains speculation, let's talk something about the album itself.

As you know, all the songs are above par and people are finding a different taste on Taylor's new songs. Some fans compared her to Lana Del Rey, but she still a country singer.

Since the artist is from the country music genre, another singer from the same genre is here to tell you how good Taylor Swift's songs are. We are talking about none other than Blake Shelton.

Blake recently took to his Twitter account to urge his fans to listen to Taylor's new songs. And the singer revealed it's his favorite album of late.

When one of the fans asked Shelton to stream Swift's new song, "Cardigan," in exchange for the fan streaming Blake's new song, "Happy Anywhere," The Voice coach replied with a bang.

Blake, who has been very active on social media lately, the singer tweeted out, "Stream Cardigan? My god, I’ve been listening to the album since Friday morning!!!! Nonstop!!!"

Well, there you have it, Blake is a fan of Taylor Swift, and now it's your turn to go stream Shelton's song.

You May Also Like: Is Microsoft Key to Stopping a Possible Ban on TikTok in the US?