home Entertainment What is Bobby Finke's Net Worth in 2021? Learn About Olympic Gold Winner's Earnings!

What is Bobby Finke's Net Worth in 2021? Learn About Olympic Gold Winner's Earnings! 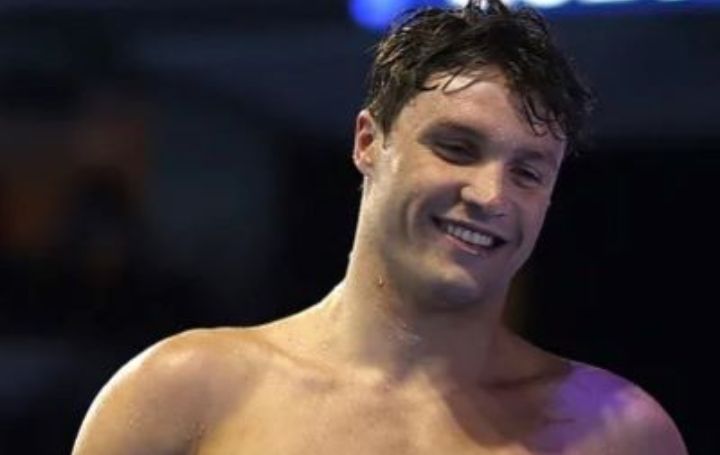 How much does Bobby Finke earn? Get all the details here.

Bobby Christian Finke is an American swimmer who is the gold medalist of the 2020 Summer Olympics Men's 800-meter freestyle and the 1500 meter freestyle representing the United States. His parents also come from a swimming background which was very obvious for him to be a swimmer.

Bobby was born in Tampa, Florida, in the United States to his father Joe Finke and mother, Jeanne Finke. He is the younger member of the family as he has two elder sisters Autumn Syke, and Ariel Summer. Currently dating Ellie Zweifel, his whole life is all about swimming, as he started swimming at a very early age and achieved much more in high school.

Finke started his career at the age of 14. Since then, he has dedicated his life to swimming. To know more about his professional life, have a look at the written article below.

Bobby Finke is a swimmer by profession. According to the record of July 2021, his net worth is estimated to be between $1 million- $5 million. He only earns through his swimming career, not more than that.

The 21-year-old guy has already reached a very high position with all the hard work he had put into training and competitions till now. He is not only making his own name and fame but also, in another hand, he is also making his nation proud. Bobby's performances in Olympics, nationals and international competitions prove that he deserves the success that he has gained right now.

Bobby Finke began his career at a very young age with a new record of time 8:25.20 in 800m freestyle, breaking the record of Florida Age Group State Championships (FLAGS), including 1500m freestyle with the time record of 15:56.82. His coach's name is Anthony Nesty.

Bobby Finke began his career at the age of 14.
Photo Source: Pinterest

Talking about Bobby's swimmy records, he set the record with a time of 14:55.34 with the second position in the 2018 Phillips 66 National Championships. Similarly, he made a mark of 14:48.79 in 1500m freestyle in the third-fastest time ever at the 2018 Pan Pacific Championships, winning the two title as Two-time NISCA All-American and a two-time USA Swimming Scholastic All-America.

Don't Miss: What is LeVar Burton's Net Worth in 2021? Learn About His Earnings & Net Worth

For more content about your favorite celebrities, please stay connected with us at Glamour Fame.