home Movies & TV Shows Bottom 10 TV Characters Who Are A Waste Of Oxygen!

Bottom 10 TV Characters Who Are A Waste Of Oxygen! 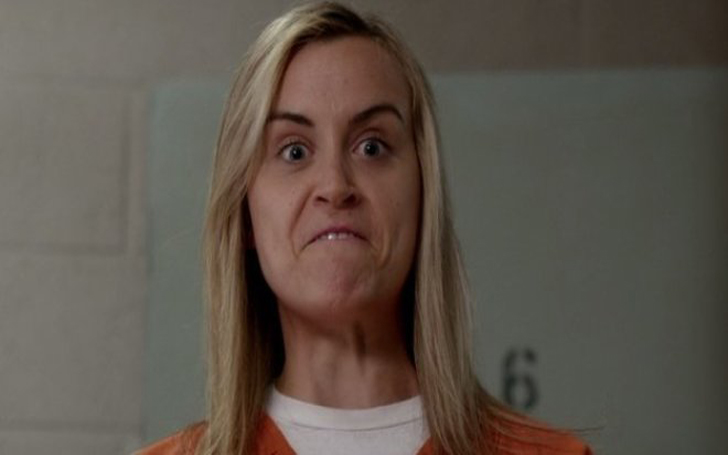 Great characters provide great unforgettable moments on the TV screen, just roll back time and replay that scene from Fresh Prince of Bel-Air, uncle 'Phil' hugging Will Smith after his dad left him again. That is what great characters do, they elevate ordinary stories into something extraordinary.

But then on the other side of the spectrum, are those characters, which are just so off of what they are supposed to be, you cannot help but cringe every time they are on screen. There are many characters like that which just makes you wish they would disappear or maybe Thanos would come and turn them into dust.

There are more bad characters on TV then there are good, so we are here trying to list the top 10 worst TV characters that we just despise with everything we have. We would instead put our hand in a raging fire than to sit down and watch these characters again.

If Theon Greyjoy had killed Scrappy instead of that sweet little Daisy in the first John Wick movie, we would have thought, “Good, that bastard deserved it.” That is how much we hate Scrappy; Scooby wasn’t doing very well on TV but bringing this despicable dog was the reason everything went downhill and practically killed Scooby-Doo for us. This is where we are going to stop because after there are going to be some profanity hurled at the little dog.

His Mount Everest sized ego, self-aggrandizement and his almost racist attitude; this British f***** was someone we were asking ourselves, why is he still here? Thank god the show is nothing like any other shows on TV, and it is so beautifully made by Jonathan Nolan that we can put Lee in the back of our mind. But every time he appears on the screen, the hate you can feel radiating from us. Thank you show for listening and killing of the character that no one liked, seeing him die was very fulfilling.

Just writing that name, that laugh comes piercing through the memories and makes us want to pull out our hair. That laugh that nasally voice and that New York accent, the show was so much fun, maybe it was the writer's way of saying “you can’t quit us, even if you want to.” Season six was the one time we got respite because we didn’t have to see Janice again, but they still brought her back with a voice-over. All ten seasons she was there, and we hate her.

Her whole job in the show was becoming a nuisance for everyone. We already had one 'Skyler' to irritate us, but at least she had something to do, that is something we can’t say about 'Marie'. She was worthless, and the only reason she was there was even Skyler needed someone to bash in the show.

First, she is irritating than the whole yogi thing, changing her name to 'Parvati' then putting 'Tony' in a situation where he has to maneuver around her mess. 'Janice' was an unnecessary nuisance, her holier than thou attitude always made her the most hated character in one of the best shows ever made. Her role was toned down as the seasons progressed, but still, she was irritating as hell while she was on the show.

Julie’s parents are amazing, anyone would kill to have parents as Julie had, but she always took it for granted. She lashed out at her father, belittled her mother, and it wouldn’t have mattered one bit if she was totally cut out from the show. The small kid would have been enough, and oh did we mention the amazing boyfriend she had who she always gave a shit to. We love Friday Night Lights; Julie is one thing we hate about the whole show.

'Piper' is the lead character of the show Orange Is the New Black, and as such, there needs to be some development when it comes to show’s character arc. Everyone around her is growing, and she is the one person who is regressing with each episode. Starting out as a scared little inmate to getting a Swastika tattoo, it has been a really irritating journey, and it would have been nice if the show just totally writes off her character, no one would even care.

'Negan' is supposed to be the bad guy, but 'Andrea', who is supposed to be with the good guys is worse than any characters created on The Walking Dead. Her advocating for the governor and her judge of character is what will always make her someone who we can do without in the show. Andrea died, and no one even shed a tear.

What is up with awesome dads having bitchy daughters? The writers need to know something; the conflict that they are trying to show on the show just comes off as unnecessary. 'Kim Bauer' was just someone 'Jack' needs to rescue every time every season, and we grew tired of the daughter always getting in trouble. Jack is trying to save America, and Kim is always that needy person Jack has to go back and save. You should’ve just let her die, Jack, everyone would’ve been better for it.

We hate 'Phoebe'! She is arrogant and always belittles everyone and sabotages other people’s work. She even stole a little girl’s cat, what kind of animal does that? She is a despicable human and a nuisance that we can do without in Friends. The way she treated 'David' and 'Mike' will always be the reason we will hate her to the core. Thank god the show is over, and we don’t have to watch her again.

These people are just some characters that we are ok to not see in the shows.