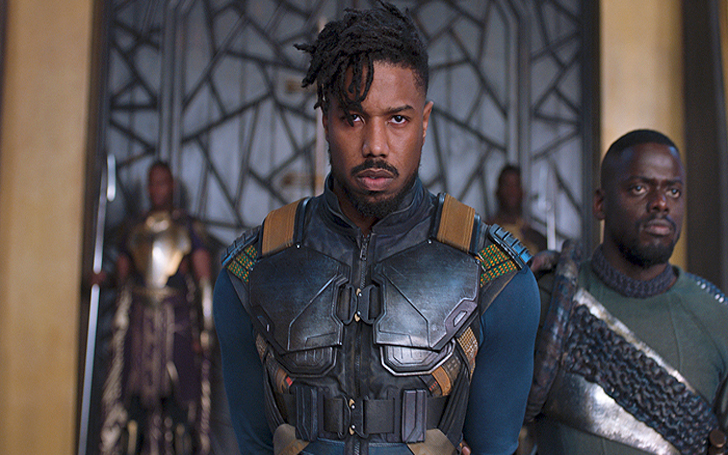 Most of the times we see in superhero movies, the villains arrive on earth, blow this, and destroy that, give an extended exposition as to why they or their master is the supreme being and all humans should bow to them. Then a big battle, preferably with an open portal in the sky or a smoky thing invading from space happens. Heroes band together for a final struggle, the villain is defeated, the hero gets the girl, and there is a little nugget at the end suggesting there might be more sequels.

That is a generic movie making 101, no real point of the villain being the villain and just plain right stupid reasons of wanting to rule the world. Take, for example, 'Malekith' or 'Steppenwolf'; there is no point of those two villains existing except for furthering the heroes plot and their journey.

Very rarely though we get a villain so intriguing that we can’t help but think which side really are the good guys. When a villain is so well crafted, you just can’t help but imagine if the villain is really the bad guy. A villain so flawless, they look mirror images of the hero, and if not for one good or one bad day, the two people might have switched place. That is what a compelling villain really is when a villain has a righteous reason to do what he is doing.

Like we said above, there are more Malekith’s then there are compelling villains in the superhero movie industry. But there are a few who are almost correct in what they are doing; you can’t help but imagine if the hero is the real bad guy. So, here is our list of top five righteous villains in superhero movie history.

When it was announced that the villain for the big cross-over movie, Captain America: Civil War, would be 'Helmut Zemo' people were excited to see the signature helmet of the big baddie. It was all so predictable, the heroes will fight at the end of the second act, and when a more significant threat in the form of Zemo arises in the third act, they will all band together to battle the threat. We were so royally wrong; we can’t even start to explain how much, there was no superpower for Zemo and no helmet (that is people like to shit on him). But there was an apparent reason as to why he is the bad guy, during the end of Age of Ultron he was with his family inside Sokovia, he thought the Avengers would protect him and his family, but that was false hope.

The whole city dropped, and when he came back after three days of searching, he found his father with his arm around his wife and his children to protect them from the rubble. They were all dead, and it was the Avengers fault, not any aliens who came from the sky, the robots created by Tony Stark were the reason for Sokovia's people death. Zemo is what we would all be if we saw our family die, we need someone to blame, and Zemo had the exact person to blame for the death of his family.

We probably couldn’t have done what he did, but he is a master tactician, and he did what was necessary to disband what he considers an evil organization, The Avengers. For once, it felt like Zemo was in the rights, and the Avengers cause more harm than they do good.

So much digital ink has been spilled on the righteousness of Thanos that we won’t spend much time here. The reason for Thanos being “evil” is simple; he saw people die of hunger in his own planet and the whole planet was later destroyed by overpopulationand and he doesn’t want to see that again.

The Infinity Gauntlet gives him the power to do whatever he wants, he can have all the riches, all the power but he just wants to save the universe from itself. Thanos is using his newfound power, not to be king of the universe; he just doesn’t want to see what happened to his home planet, happen to everyone else.

In Avengers: Endgame, you can hear Captain say he saw some dolphins in the river and the air is cleaner, half of the people are gone, but the other half is now able to live in a healthy planet where they will never have to cry with hunger. And for once just imagine the action of the Avengers of bringing back the lost half of the people. Most people have adjusted to the new way of life, and they are growing again, slowly, so what is the good thing about bringing back half the people, how are you going to feed the new population, what about jobs and living conditions.

Spider-Man: Far from Home showed people going on vacations and living the best life, but you know, and we know that would not have been the case in the real world. The way that we are destroying this planet, what Thanos did was in a way a good thing, killing people is never a good thing, but he makes more sense than the Avengers.

'Magneto' has been at war with the world since the time he was a teenager. He was a prisoner in a prison camp during the Nazi Invasion; he has seen the worst of human tendencies. 'Erik' saw his parents get shot by people who thought they were superior and all the other race are inferior.

Magneto saw what humans do to people who are different than themselves, humans destroy humans, and they all do it in the name of preservation. So it is understandable when Magneto took it upon himself to protect the people of his race from the harm and plague that is the human race.

'Charles' wants to integrate inside the human society, not use their powers and make humans comfortable with mutants but Erik has a simple saying, his people are superior, and his race is better than the humans and he believes the mutants are the next step in human evolution. The world is changing, and it is survival of the fittest, America where the X-Men are situated are the prime example of what happens when an advance group of people meets the former inhabitants of a place, the former inhabitants die, or they adapt to life under the new advanced people.

Magneto doesn’t want to hide, and he doesn’t want to stop using his powers, he is who he is, and he is not going to change for anyone. If people accept that then ok, if not he is ready to do what it takes to protect his own.

Magneto's moral is justified in many ways. In the X-Men world, the mutants are kept in jail cells, experimented on, though Charles may think his little paradise is all that is of the mutants, but more mutants are suffering in the world. Magneto saw his parents killed by the humans and now he is seeing his brothers and sisters murdered by the humans again. History always repeats itself, and Magneto is just doing the best he can to help protect his race.

'Erik “Killmonger” Stevens' has one of the most compelling stories as a villain in any of the Marvel movies. He was just a small kid when he saw his father die. While playing basketball with his friends, Erik saw a blue light over his apartment and that blue light flew away inside the clouds. Whilst investigating, he reached his house and saw his father lying in the pool of his own blood. Now what does that do to a kid?

Killmonger’s father just wanted to give the people of his color the weapons to fight the hundreds of years of oppression that was levied upon them. Wakanda is the most powerful and advanced nation on earth, and they sat by and watched as boats full of black men were carted to the western world, like animals, and made slaves, bought and sold in markets, and only three out of five slaves were counted as a person. They did not fight for their fellow black men and women, and when T’Chaka’s brother tried to fight, he was killed by his own elder brother.

Wakanda made Killmonger in its fear of being revealed to the world, and Killmonger carried the banner of his father. He went to Wakanda to challenge the king and protect his brothers and sisters.

When your race is vilified and enslaved and killed for no apparent reason when the world doesn’t even see you as their equal, it is justified to show the world who you really are. They killed his father, they belittle his color and his culture, he is righteous in wanting something back and to be honest, Erik makes more sense throughout the movie than T’Challa.

When we first see Joker in Dark Knight, he is robbing a bank, but that is not all what he is doing, he is robbing a bank controlled by the mob so that he can bring the accountant of the mob to Gotham and also assemble all the heads of the mob. Joker achieves in doing that, and he offers to kill Batman for the people in the room.

As the movie moves along, what he really doing is weakening the mob and killing them one after the another. He is exposing corrupt cops to the good ones, and he is showing the people of Gotham they don’t need a vigilante to protect them.

In a way Joker is the hero of the Dark Knight, he is riding the city of the criminals, exposing corrupt cops and showing the people of Gotham there is another way by pitting the worst of Gotham vs. the average people of Gotham during the boat scene. Joker got rid of the organized crime, corruption and stowed away the vigilante of the city for eight-year. If that were a hero doing all those things, we would have said bravo, but since a guy did it with a makeup on, it is slightly hard to swallow.

Though his measures were extreme, he was right in doing what he did.