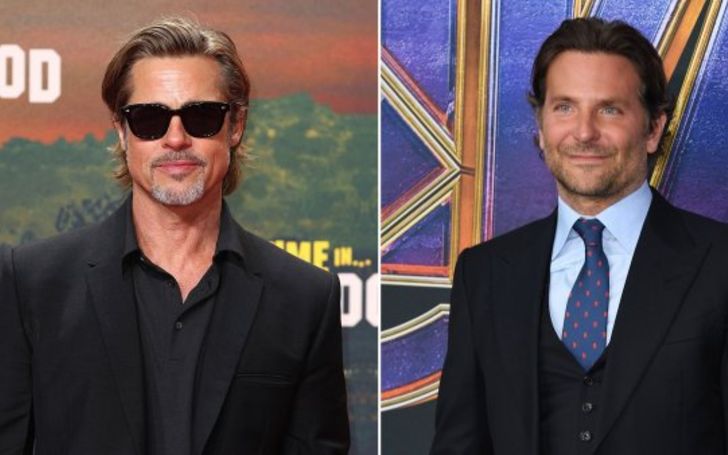 The source said Bradley Cooper and Brad Pitt have no interest in partying like they used to do in their younger days and simply want to stay out of "trouble box" and relax. So, instead they decided to go out for a night out for a relaxing evening watching the LA Philharmonic Orchestra at the Hollywood.

Hollywood has seen a lot of breakups. Lately, the stars like Bradley Cooper and Brad Pitt joined the club earlier this year since both actors are facing some challenging time, as Pitt is the midst of divorcing Angelina Jolie, while Bradley split from Irina Shayk in June.

Well, it seems the duo has come up with an excellent idea to endure these difficult times, as the two actors are hanging out more now with their little extra time they got after end of their relationships.

According to the source, the best pals decided to go out for a night out for a relaxing evening watching the LA Philharmonic Orchestra at the Hollywood Bowl, instead of some drunk night out in a club.

One of the sources said the pals have been busy balancing their busy work schedule and tricky family situations this year and "finally found some time to themselves to hang out and be there for each other."

After the night out, Pitt and Cooper said they really relished being away from the usual Hollywood crowd, and instead opted a sober night, drinking only sparkling water; and both said they really enjoyed a good catch-up.

One of the insiders told an online magazine outlet, the actors though away from the usual crowd, still stopped to talk with a few industry friends in the audience.

The source added the duo has no interest in partying like they used to do in their younger days and simply want to stay out of "trouble box" and relax.

When asked about their dating life, the insider told us the two actors are currently focusing on living their best lives, and dating is not their primary agenda as of now.

The source continued, "They can’t go out partying like they used to back in the day because they’ve quit boozing, so they chose a venue where they could stay out of trouble and relax."

The source further explained,  "They won’t be out chatting up women any time soon, but they are both single for the first time in over a decade. They’ll be good wingmen for each other when the time is right."

Well, guess, this was much deserved time for Hollywood's best, and we hope and expect they will find each other support if the more difficult time comes. Kudos to their friendship!