home Movies & TV Shows 'Briarpatch' Gets Canceled After One Season

'Briarpatch' Gets Canceled After One Season 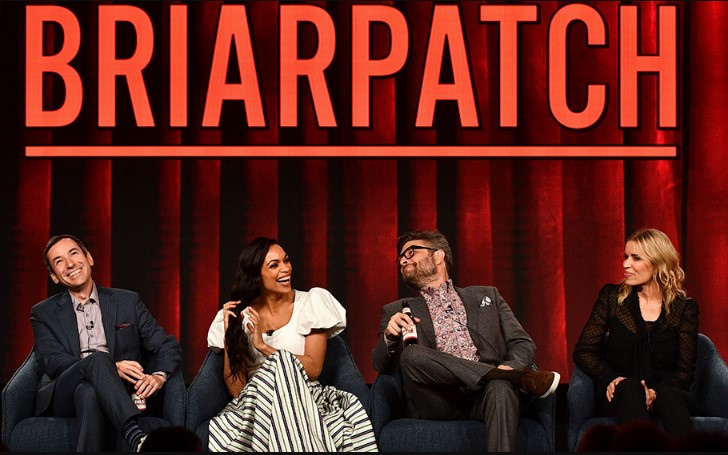 USA Network's anthology series, Briarpatch, got canceled after season one.

'Briarpatch,' an anthology series on USA Network is canceled after the first season. The news came from the production team of the show. The showrunner, Andy Greenwald, revealed the announcement was not something that happened overnight, it was long speculated.

Andy said, "We had an amazing story planned for [Season 2] and I was lucky enough to work with the most amazing writers and crew, all of whom were itching to get back to work."

Greenwald added, "I think we were going to do something special. And, hey, maybe we still will. If enough people keep checking the show out on-demand, anything's possible — especially for an anthology series as weird as this one."

Andy ended his long message saying, "I just signed a new deal with the studio and I have a bunch of pots on a number of burners. I can't wait to show you guys what's next."

"But, let's be honest, nothing will be ever compared to my first time. So won't you join me in raising a glass or three to the good people of Saint Disgrace, Texas? As the sign on the way into town says, It Stays With You. It sure does."

You May Also Like: Dancing With the Stars Fires Tom Bergeron, Picks Tyra Banks for the Replacement