Dancing With the Stars Fires Tom Bergeron, Picks Tyra Banks for the Replacement 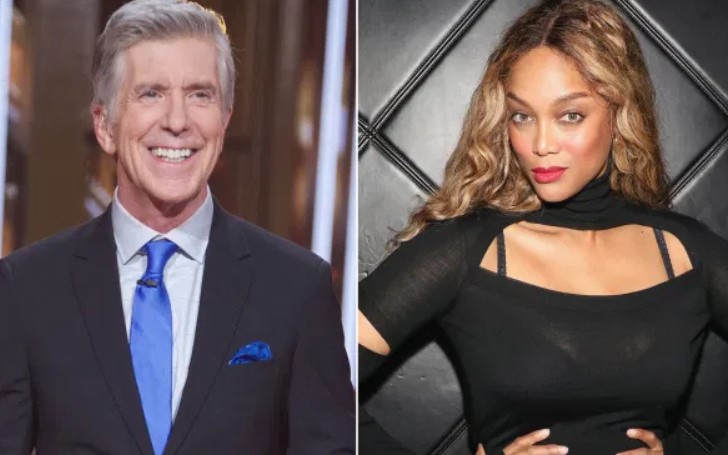 Dancing With the Stars fired Tom Bergeron and Erin Andrews.

It's official now, Dancing With the Stars fired its hos and co-host, Tom Bergeron and Erin Andrews. Many stars, including judge Carrie Ann Inaba, showed their disliking; however, the network has already made the decision.

The decision from the network to fire Tom and Erin was all of sudden, leaving everyone in dismay, including Tom himself.

Also See: Bachelor In Paradise's Jade Roper Tolbert Reveals The Reason Of Her 2nd Miscarriage To Be Chemical Pregnancy

According to the reports, Even the host of the show was unaware of the decision.

Tom Bergeron Updated His Fans and Followers on His Social Media

As we mentioned earlier, the host of the show for fifteen years was set aback when he heard the news. Tom said he was unaware the network would come up with such a decision without prior notice.

Bergeron updated his fans and followers of his firing on his social media. Taking to his Twitter account, Tom wrote, "Just informed that [Dancing with the Stars] will be continuing without me."

Bergeron further added, "It's been an incredible 15-year run and the most unexpected gift of my career. I'm grateful for that and for the lifelong friendships made. now, what am I supposed to do with all of these glitter masks?"

What a great sport he is, the news didn't stop Tom from his humorous comment. Anyways, we will miss Tom and Erin, like big times.

Tyra Banks has been selected for the new host of the show, following Tom Bergeron's firing. The network is yet to make the official announcement; however, it's not a secret anymore.

Talking with the ET! Online, Tyra Banks showed her excitement for hosting and executive-producing the show.

Watch: Tyra Banks REACTS to Being the New Host of Dancing With the Stars

Tyra said, "Getting there on Live TV, you never know what happens on Live TV. It is gonna be so next level. Get ready, cuz it's going to be different."

You May Also Like: Eastenders' Callum Star Tony Clay's Girlfriend, Find Out If the Actor is Dating Someone or Not

For more information on your favorite celebrities' lifestyle, TV and Movies' news, stay tuned to Glamour Fame and don't forget to sign up for the newsletter.