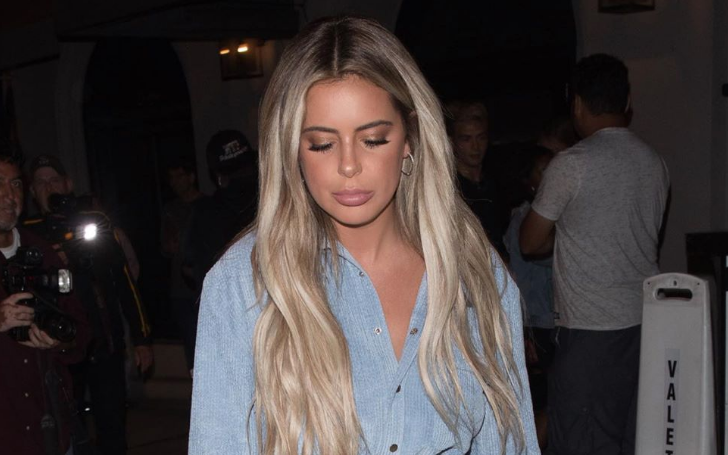 Brielle Biermann wowed us with her new lips enhancements, and the cleavage was cherry on top!

Brielle Biermann took to her Instagram to post pictures of herself to flaunt her plastic surgery result.

The 22-year-old posted a series of pictures where the TV personality shows her hugely augmented lips and way too much cleavage.

And the star got precisely what she wanted - 'ATTENTION'! Brielle, whose ex-boyfriend is married to Vanessa Morgan, if we look back a few years back, has been pretty much confused about her openness to surgeries.

Brielle Biermann, you may know her as the eldest daughter of former the Real Housewives of Atlanta star Kim Zolciak. (if you follow the show, there's a lot going on lately. RHOA stormed off set, and one of the stars of the show, Porsha Williams is receiving tons of support form her co-stars.)

But the 22-year-old is known for her part in the American TV series, 'Don't Be Tardy.'

In 2017, Brielle fiercely denied getting any help to shape up her buttocks; the 22-year-old took to her Snapchat to address the plastic surgery rumors.

Brielle said, "Oh my God! I've had the same a** my whole life! Like really?' the reality star - who turns 20-years-old next month."

But before 2017, the 22-year-old TV personality was open about getting lip fillers. And now, Biermann is more confident about her body augmentation.

Even Brielle's post suggests more than too much as you will clearly see "Plastic" written on her background. (Don't take this seriously, we were just pulling some legs.)

But on a serious note, Biermann looked stunning on her latest posts, though we know the star got her lips filled, it still looks natural.

What more you could ask for, the star has a perfect body and to make it even more godly, Brielle's lip enhancement does all the magic.