home Entertainment Who is Cameron Davis Girlfriend, Jonika Melcher? Some Facts You Should Know

Who is Cameron Davis Girlfriend, Jonika Melcher? Some Facts You Should Know 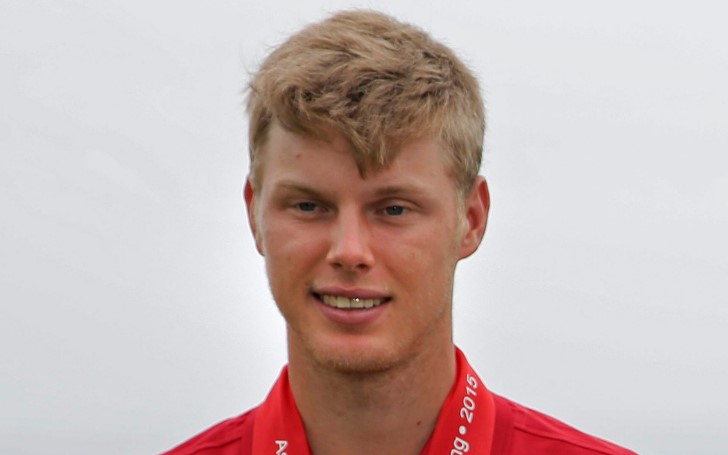 Here's what you should know about Cameron Davis' girlfriend, and now fiancee, Jonika Melcher.

Cameron Davis is an Australian professional golfer who had a successful amateur career as the winner of Australian Amateur and the individual and team events at the Eisenhower Trophy.

Cameron, who had his first professional win at the 2017 Emirates Australian Open, is doing wonders recently. Cameron is playing at The Northern Trust, and he seems to be doing pretty well so far.

While he is getting all the attention for his play, there's another thing people noticed about the pro golfer. Davis recently mentioned his girlfriend, and people are all excited to know who she is. So let's find out about Cameron Davis' girlfriend.

Who is Cameron Davis' Girlfriend in 2020?

Also Read: Who is Jamal Murray Dating in 2020? Find Out About His Girlfriend

On his interview with one of the Australian media outlets, Daily Telegraph, Cameron Davis revealed he is now based in Seattle with his girlfriend, Jonika Melcher. The pro golfer, back in 2018, stressed he feels like he has a home on either side of the Pacific.

Who is Jonika Melcher? Some Facts You Should Know

It's not when the couple started dating, but according to some sources, Cameron Davis and Jonika Melcher first met in 2017, and they are going pretty well so far. And when it comes to knowing more about Jonika, she seems to be a pretty impressive person.

Jonika Melcher is a technical writer and has worked as a senior user assistance developer at SAP Concur.
Photo Source: About ME

When we checked Melcher's social profiles, we found out she is originally from Issaquah, Washington. Moreover, she is a technical writer and has worked as a Senior User Assistance Developer at SAP Concur.

On her LinkedIn profile, she described herself as,

"I'm the person who reads the instructions. I'm passionate about crafting documentation that helps bridge the gap between confusion and creation, and I'm always up for learning about new technologies."

"I'm a gamer who loves writing and has always been fascinated by the way things work. I'm well-versed in technical documentation, application programming interfaces, MadCap Flare, and the Oxford comma."

Recently, Jonika has a newfound job as well, on her About Me page, she has listed herself as 'hairstylist.' She is undoubtedly full of surprises.

While there's not much information available about the couple's engagement, but according to 'West Elm' registry, Jonika Melcher is the fiance of Cameron Davis.

Jonika Melcher is the fiancee of Cameron Davis, the couple is set to get married in September 2020.
Photo Source: LinkedIn

The couple, furthermore, is already set to get hitched this September. According to the registry, Jonika Melcher and Cameron Davis' wedding is on September 05, 2020.

For more information on your celebrities' lifestyle and other news, stay tuned to Glamour Fame, and don't forget to sign up for the newsletter.