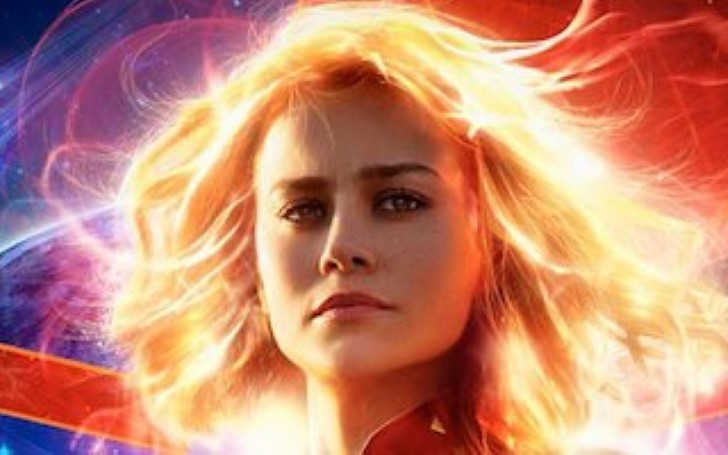 Marvel Studios has released a poster trailer alongside the news of the second trailer for the movie being released today.

The poster shows off Brie Larson’s Captain Marvel in a powerful state. With Earth in the background and a blue and red motif split down the middle, it hints her very earthbound adventures and her cosmic realm based powers.

As a matter of fact, the poster is a tease to the new trailer that is to drop today on ESPN’s Monday Night Football during halftime of the NFL game between the Washington Redskins and the Philadelphia Eagles at Lincoln Financial Field. The game starts at 5:15 pm PT/8:15 pm ET.

Check out the new poster and tune-in to @ESPN’s Monday Night Football to see the brand new trailer for Marvel Studios’ #CaptainMarvel. pic.twitter.com/43EPkcTBET

The first trailer for the movie was released previously on Sep 18, 2018.

You may also like: Julia Roberts Makes "Homecoming" Best Streaming Series of The Year

Captain Marvel debuts in theaters on March 8, 2019. Alongside this other upcoming films by Marvel Studios include The fourth Avengers movie on May 3, 2019, and Spider-Man: Far From Home on July 5, 2019.