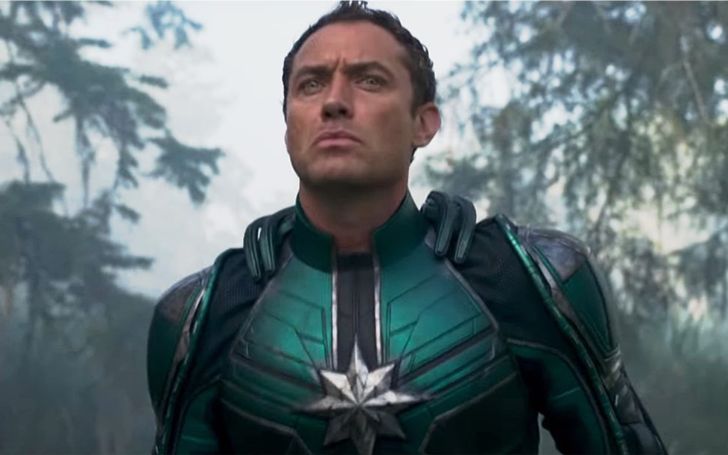 Marvel itself spoiled the character of Jude Law (appearing in the upcoming movie Captain Marvel)!!

Ever since MCU’s Captain Marvel started its promotional campaign with all its trailer and teasers, Marvel fans were in the edge of their seat for its release date. Most importantly eyeing for its post-credits so that they could finally know how much of a big role Carol Danvers is set to play in Avengers: Endgame.

But in the midst of the excitement, one another lurking mystery has been underrated by the fans of the marvel cinematics. The question; what is Jude Law actually doing in Captain Marvel movie?

Law’s frequent appearance on Captain Marvel trailer clips has been keeping many viewers in confusion as to what role this British actor is playing in the movie.

But recently the secret seems to be out in open. 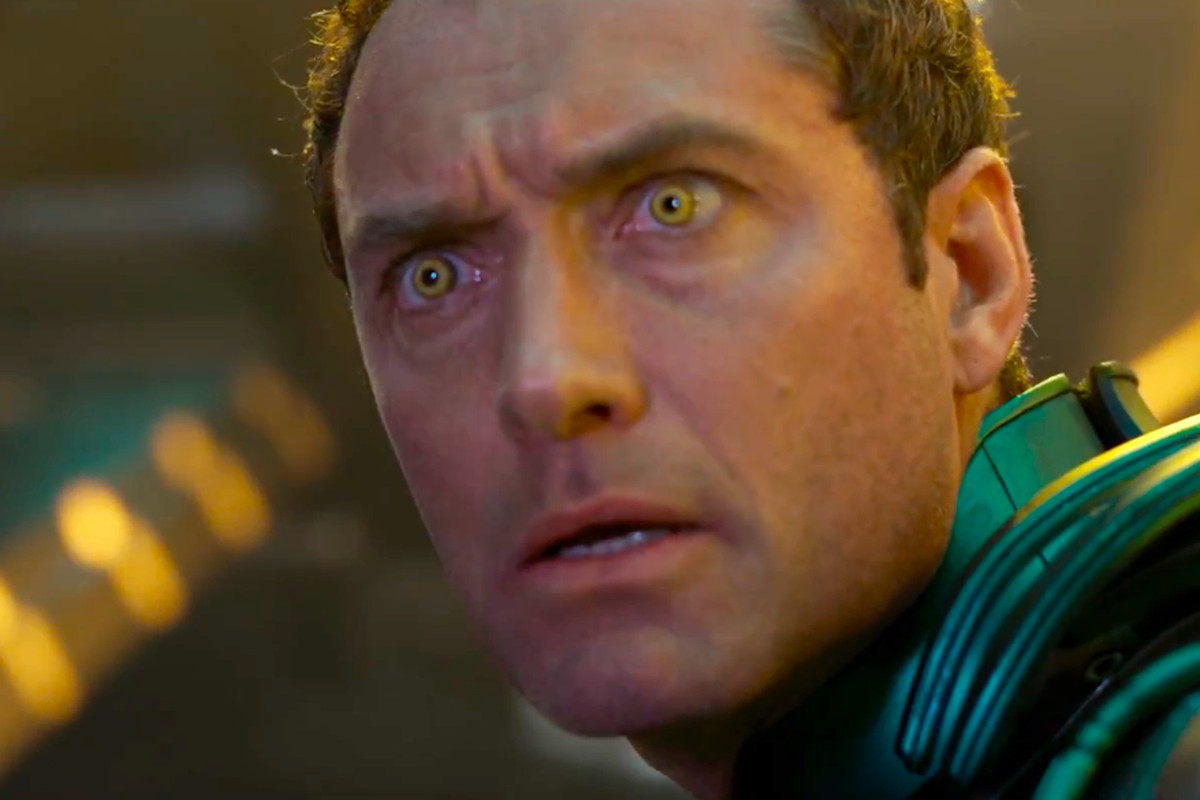 Jude Law is portraying the character of Yon-Rogg in the Captain Marvel movie
SOURCE: Polygon

Initially, when Law was cast in Captain Marvel, there were reports that he was playing the classic Marvel superhero Mar-Vell (Original Captain Marvel)--who is also Carol Danvers' inspiration in Marvel Comics. But the theory didn’t take long to become a false rumor.

Shortly after the actor was lined up for the movie, Law went to great efforts in confining the details of his character. And when the studio began the marketing campaign for Captain Marvel, Law and company, had become even more reticent.

Speculation grew that the actor's mysterious Starforce Commander was actually Yon-Rogg, one of Captain Marvel's famous arch-nemesis. And the support for the claim has been growing for quite some time with even Hasbro's official Marvel Legends Merchandise backing its side.

Recently, Marvel published an official tie-in novel for Captain Marvel, titled Starforce on the Rise, by Steve Behling. The book introduces viewers to the Kree Starforce (intergalactic strike force formed to protect the planet Hala ) and gives a preview of the relationship among the Starforce's different members.

The issue also confirms—the Commander is indeed Yon-Rogg, not Mar-Vell. Yon-Rogg appears to be one of the Kree's most high-ranking military commanders, who is also working with the Supreme Intelligence (an artificial intelligence ruling the Kree’s race) on its most secret plans.

So, the team Starforce only seems to be his pet project, yet a relatively new elite group-who have quickly become legends across the Kree Empire. Rogg considers Vers (in reality, Carol Danvers) as his newest but most powerful recruit ever.

But why has MCU been so secretive about Law's character, Yon-Rogg?

Must Read: Marvel is Releasing Captain Marvel Too Close To Avengers: Endgame

It's probably because the promotional team of Captain Marvel is first making the fans to believe in an introductory idea, the Kree are the heroes, and the Skrulls are the villains. But in reality, most of the high ranked Starforce members are depicted as villains in the comics.

In the comics, Yon-Rogg is originally sent to Earth by the Supreme Intelligence. However, unlike Mar-Vell, Yon-Rogg was always hostile towards Carol. In fact, he once even tried to kill her. But later, also considered leaving the Kree because of his growing friendship with Danvers.

Yon-Rogg is also shown working closely with Ronan the Accuser. Together, the two are seen engaging in a plot to overthrow the Supreme Intelligence and crown Ronan as the new Kree overlord.

Also, some of these characters have even been the enemies of the Guardians of the Galaxy, and the Avengers. That again suggests the Kree aren't all that "noble warrior heroes" as much as Danvers believes them to be.

Recommended: Avengers: Endgame Getting an Intermission Might be a Terrible Idea

So why the Yon-Rogg along with all other mentioned individuals is shown interchanging their morals—sometimes staging them as well born while other times as a sheer antagonist??

Apparently, all this is supposed to be something of an eventual twist in the upcoming film. But the production team are also aware of the fact—anyone familiar with the comics would recognize Yon-Rogg’s true persona, and that’s something Marvel doesn’t want in its course of storytelling. So the trailer which is seemingly showing Yon-Rogg as Ms. Marvel’s mentor might just be the studio house’s one of the strategies to throw the audience in the dark.

Given all these secrecy games, it is a little odd that Marvel teased a tie-in novel thereby disclosing one of the greatest mysteries in the Captain Marvel’s marketing (just when the film is only days away from its worldwide release). Even though producer Jonathan Schwartz had long confirmed Yon-Rogg will be in Captain Marvel, at the time nobody knew who was up for the part.

Despite, the early footages from the film-showing Jude Law in a classic Magnitron attire, his role as a Yon-Rogg was still to be confirmed by any in-house members. So come official tie-in merchandise, confirming the forecast-Jude Law is indeed portraying the character of Yon-Rogg.