Cause of Death of Marina Sirtis' Husband Michael Lamper 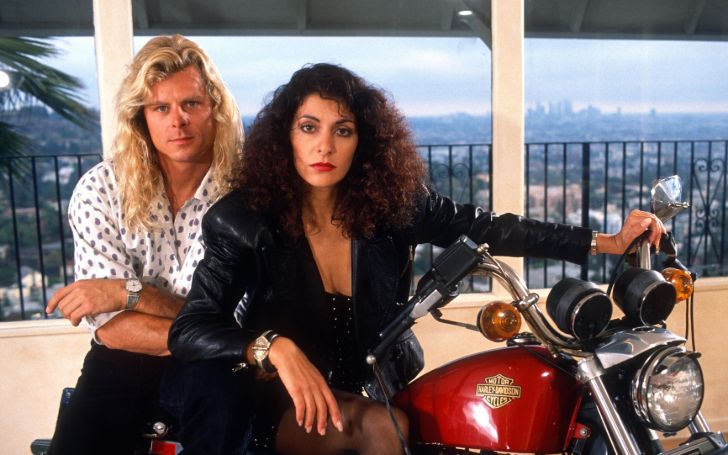 Star Trek: The Next Generation star Marina Sirtis shared the news about her husband, Michael Lamper, peaceful death in his sleep.

After being married for 28 years to Marina Sirtis, Michael Lamper, 61, passed away on December 8, 2019. British/American wife Marina took to her Twitter handle to announce the sad news to the public.

Sirtis tweeted the news of her partner's death with a heavy heart on social media. The star apologized to fans who were expecting a shout-out on her recent cameo role. She is now taking time to herself to mourn her husband Michael's demise.

The musician and actor Michael Lamper found a massive following throughout his life. However, his fans remain uncertain of how the beloved man died. Lamper's wife, Marina Sirtis, and Michael's supporters take solace in his peaceful passing.

After Lamper died, Marina slowly faded into the shadows. Likewise, the actress deactivated her Twitter shortly after tweeting about her husband's passing. Years after his passing, Sirtis leads a life out of the spotlight.

The couple met in 1989 during the filming of 'Star Trek: The Next Generation.' Michael Lamper and Marina Sirtis were introduced by a mutual friend, Anna Turkel. After the first date, Michael and Marina ended up sparking rumors of dating in the same year.

You May Also Like: George Lucas is a Father of Four Kids; Know All About Them

Besides acting, Lamper was also an established American rock guitarist and musician. He is widely recognized as the former lead singer of the 'Steely Jam Band.'

After three years of togetherness, both talented actors tied the knot on June 21, 1992. The pair do not share any children to date.

Fans bombarded the Star Trek actress's Twitter handle with condolences and wished to withstand the loss after hearing the news.

Some of the tweets were by fans like 'Barbiebino' saying, "This has just been an awful year for the trek family. Hope you can all find solace in each other," 'Gowron' another fan added, "Glory to your house."

Not only that, actors and media personalities shared their messages as well.

"You want a couple of dorks to hang out with, watch movies, get coffee, just call us. If you need help with anything, I'm back in LA on the 18th."

"This is such sad news. Will pray for Michael's peace and comfort in your grief, dear person. Sincere condolences."

"I just learned of René's passing half an hour ago and now to learn of Michael's passing. I can't believe it. I'm sorry, Marina."

We hope the actor finds peace in heaven, and we wish all the strength to Marina in this tough time.

Head on to Glamour Fame for more news.