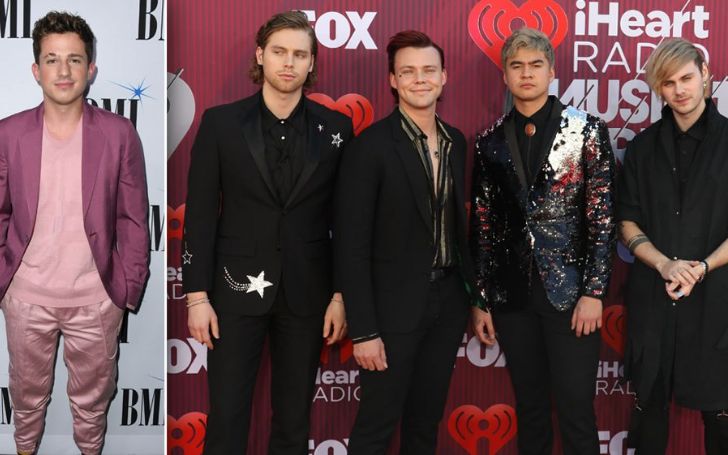 New collab alert! Charlie Puth teamed up with 5 Seconds of Summer with a new rendition of their song "Easier."

'5 Seconds of Summer' just dropped a new dope remix of their hit song "Easier" with a collaboration with "See You Again" hitmaker Charlie Puth from their recent fourth album.

The new "Easier – Remix" features additional layers on the vocal parts and sounds. As we love Charlie, 27, for his strong falsetto.The new rendition features his unique way of singing the note with some robotics effects highlighting charlie's false notes.

With some modern electronic vocal fusion, the new mashup welly fused EDM flavors with pop. The song articulates a story about moving on from a girl who gradually starts to change.

Besides, we have good news for all the '5 seconds of Summer' fans as he will tour with The Chainsmokers at the beginning of this September and plans to release their new album.

The news comes right in after Taylor Swift announced her upcoming album 'Lover' to be released this Friday.

Well, we wish the new remix to top the chart like Lil Nas X featuring Billy Ray Cyrus 'Old Town Road' which set the record of the longest-running single in the 61-year history of Billboard's Hot 100 chart.