Check Out The Complete List Of MTV VMAs 2019 Winners 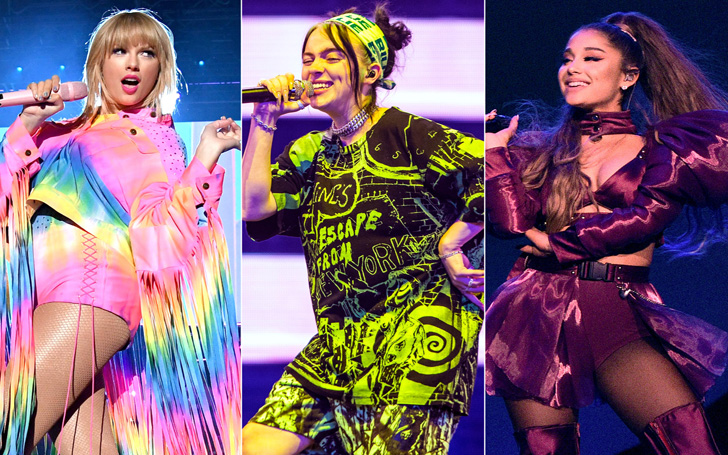 MTV VMAs just ended, so here are the list of winners who took home the astronaut.

2019 Video Music Awards just wrapped up with one epic night of music and reality celebrities showing up to honor the fan’s choices of this year’s winners. The night began with a red carpet filled with gender non-binary outfits, with guys wearing lavish dresses in the show held in Newark, New Jersey.

Lil Nas X was wearing laces and sparkly suit, something which would’ve made Liberace proud. The ‘Old Town Road’ hitmaker combined his dress with silver boots, a sign to his country roots. Todrick Hall was also inspired by women fashion as he wore a jumpsuit which looked like he was about to go on a spacewalk, and to top it all off he tied his hair in a ponytail.

James Charles, who released his own nudes after his account was hacked, was wearing an off the shoulder white jacket with hot pants and the spirit at the red carpet about equality was carried inside the Prudential Center. After Taylor Swift won the top prize at the show, she took the stage and shared a message of equality and her support for the Equality Act legislation. The singer’s performance at the award show was also about the same legislation.

But before we get into the nitty-gritty of the show, let’s run down the full list of winners at this year’s VMA’s. The artists who were chosen by fans for the silver Astronauts are below, and by the way, they are still giving out 'Michael Jackson Video Vanguard Award' which is kind of weird, but Missy Elliot deserved the award, so we are not complaining on the later part.

In her acceptance speech, Taylor said, “Regardless of who we are, regardless of how we identify, at the end of this video there was a petition -- and there still is a petition for the Equality Act, which basically just says we all deserve equal rights under the law.”

“And, I want to thank everyone who signed that petition because it now has half-a-million signatures, which is five times the amount that it would need to warrant a response from the White House,” Taylor said and referenced a ticking clock on her hand. “Let's show our pride by demanding that, on a national level, our laws truly treat all of our citizens equally.”

Watch: Taylor Swift wins Video of the Year at the VMAs

Taylor, it seems since last year is taking a lot of interest in politics and she was ready to put the White House on notice. Through all those political commentaries and gender-fluid red carpet appearance, there were some really awesome performances and winners and this year’s MTV VMA’s was better than years past.