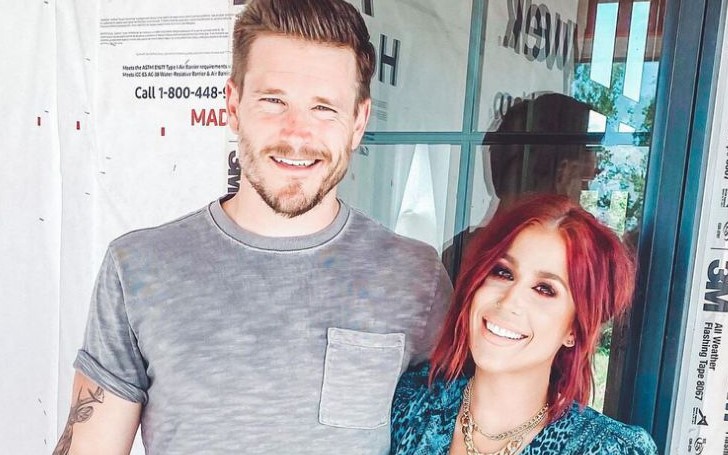 'Teen Mom 2' star Chelsea Houska has something great in the store. The reality star revealed a new member is joining the family. Chelsea and her husband Cole DeBoer announced they are expecting baby number 4.

Cole and Chelsea, who were married in 2016, are already parents to Watson, 3 years, and Layne, 23 months. And Chelsea shares a daughter, Aubrey Lind-DeBoer, with her former boyfriend, Adam Lind.

The couple took to their social media profile to announce the news. The two did it with a bit of suspense.

Chelsea and Cole announced they are expecting another member of the family on Instagram. The couple did it by writing all the names of their children on a wooden beam of their new home alongside a space left for "baby."

On her caption, Chelsea wrote, "One more DeBoer! Coming early 2021." While Cole shared the same picture and wrote, "he Grand Finale! (We Think [wink emoji]) Baby #4!"

Following the announcement, fans could not hold their excitement. As soon as they found it, they took to their social media and wished Chelsea and her family.

One of the fans wrote, "Chelsea and Cole having another baby 😍😍😍 I love them lol. So happy for Chels #teenmom."

Another fan wrote, "Congratulations! so nice to see you come full circle and get your happily ever after! Love seeing all your happy moments."

Next one wrote, "Aww Congratulations!! 😃To you both so happy for you all!! Your such a Beautiful Family!!"

You May Also Like: Meghan McCain Is Undoubtedly Returning to 'The View' Despite What the Pregnancy Might Suggest