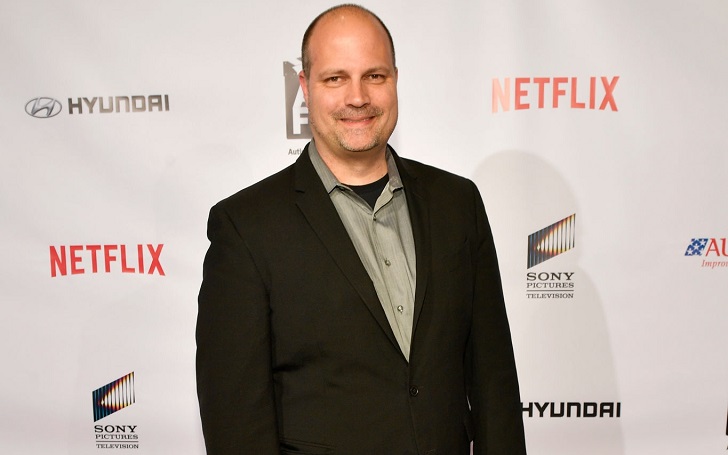 Sony Pictures Television Studios Co-President Chris Parnell will exit the studio later this month after over 16 years in service.

Chris Parnell will be joining Apple TV+ in a senior programming role on the domestic development team and will report to Matt Cherniss, the head of scripted development and current programming at the studio. He is coming straight from the competition at Sony Pictures.

Parnell was the co-president of the studio for more than 16 years and will retire from it later this month. And he will leave behind Jason Clodfelter as the solo co-president. And the president of Sony Pictures Television Studios, Jeff Frost, is still the man Clodfelter will report to, who also announced Parnell's pending exit, outlining the studio's leadership structure going forward with an internal memo.

He's spent practically his entire career at SPT. But he wanted to try a different kind of challenge to look at the creative process from a different perspective. He's decided to leave the close-knit leadership team at SPT with that hunger.

Also See: 'Thirtysomething(else)' and 'The Brides' Among the Pilots Scraped Out by ABC for Its Slate

At Apple TV+, Parnell will reunite with former SPT Presidents Zack Van Amburg and Jamie Erlicht leading Apple's budding entry into original programming as heads of worldwide video. Of course, they've already had some masterpieces out. Other former SPT executives will also be there to welcome him at Apple.

The upcoming slate for Apple has the original series include 'Foundation', 'Hedy Lamar', and 'The Shrink Next Door.'

Here's the mail Frost sent his employees about Parnell's exit:

I’m writing to share some important news about our leadership team at Sony Pictures Television.

Co-President of SPT Studios, Chris Parnell, will be leaving the company later this month to take on a creative role at Apple TV. Chris has been a tremendous partner, leader, collaborator and friend during his more than 16-year tenure at the studio. He will be greatly missed. We have multiple projects with Apple and we look forward to working with him closely in his new capacity.

I want to personally thank Chris for the contributions he’s made to the studio over the years. He has been an innovator and champion of bold new ideas, committed to finding and shining the spotlight on fresh voices and has never shied away from stories that pushed the boundaries. Over the course of his time at SPT he’s been instrumental in developing some of the studio’s most prolific and iconic series such as Outlander, The Blacklist, Preacher, Breaking Bad and The Boys.

Following Chris’ departure, Jason Clodfelter will continue in his role, serving as co-President, SPT Studios. He will oversee the studio’s U.S. drama and comedy development, U.S. scripted and current programming, movies and miniseries, talent and cas

ting, as well as TriStar Television, Affirm Television and Gemstone Studios. SPT Studios unscripted business and our physical production unit will now report to me.

Please join me in wishing Chris continued success as he embarks on the next chapter in his career. If you have any questions, please reach out to me or your respective P&O partners.