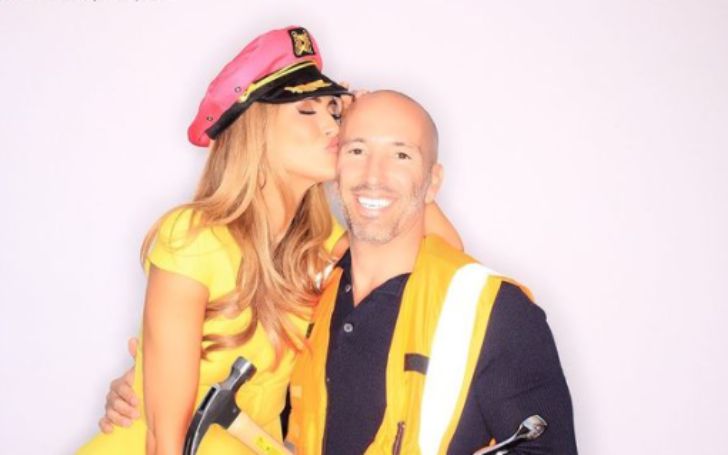 The lovey-dovey couple who confirmed their romance via Instagram in July 2021 now has ended after five months. The main cause of their heartbreaking split was their different desires regarding wanting a family.

On Tuesday, December 21, 2021, through Instagram the 44-year-old handsome confessed they are no longer together with a beautiful picture of them stating, ''While Chrishell and I are no longer together, we remain best friends, and we will always love and support one another. She was the most amazing girlfriend I have ever had, and it was the happiest and most fulfilling relationship of my life.''

Also, See: Eminem's Daughter Alaina Marie Mathers is Engaged! Who is her Fiance?

The President of The Oppenheim Group's post further read, "While we have different wants regarding a family, we continue to have the utmost res[eact for one another. Chrishell is an exceptional human being, and loving her and having her in my life is one of the best things that ever happened to me."

Whereas in another side, on the same date, Chrishell also posted the above post nearly at the same time. She said, "I have tried to embrace the world I have found myself in, and that includes being open and honest about my relationships."

The 40-year-old actress continued, "It felt scary and terrifying knowing that it may not end in what society deems success and what I am ultimately looking for. But after many long heartfelt talks, I am choosing to see it as a success no matter what label is attached to it publicly."

Moreover, Chrishell added, "Jason was and is my best friend, and other than our ideas for a family ultimately not being aligned, the amount of respect and love we have for each other will not change going forward."

Chrishell and Jason split do not seem to happen suddenly. The duo split due to their love life issues; there are no other certain facts behind their splits. It pretty seems like they had their split with each other mutual understanding. According to US Magazine, their workplace environment hasn't affected their breakup, and their professional relationship is 'unharmed' post-split.