home Entertainment Eminem's Daughter Alaina Marie Mathers is Engaged! Who is her Fiance?

Eminem's Daughter Alaina Marie Mathers is Engaged! Who is her Fiance? 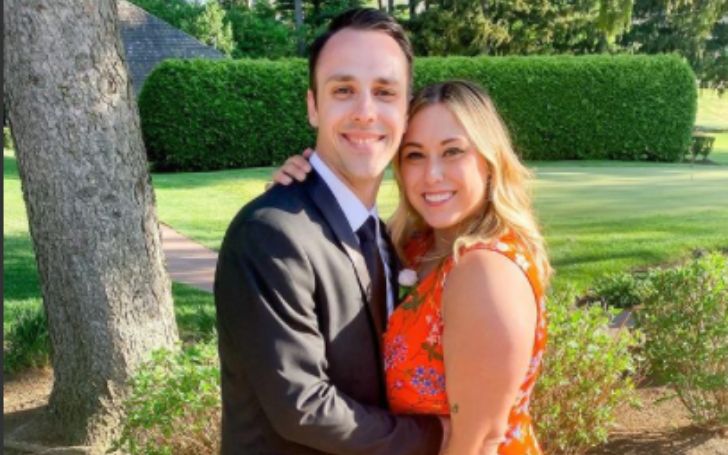 Who Is The Fiance Of Alaina Marie Mathers, Daughter Of Eminem? Let's Find Out!

A few days ago, an American rapper, Eminem's and his ex-wife, Kim Scott's twin sister Dawn's daughter, Alaina Marie Mathers, revealed that she is finally committed to someone. Via Instagram, she shared the news to all the fans out there about being engaged.

Unfortunately, wondering who Alaina chose to be her better, then let me clear you, she exchanged her ring with her long-term boyfriend, Matt Moeller. Not much about Matt has been revealed to the public.

On Monday, December 13, 2021, Eminem's eldest daughter posted a snap with her Fiancé, where Matt was fully on his knees, and Alaina was fully smiling. She captioned it, his moment. This life, yes, a hundred times over. I LOVE YOU.''

The duo shared their three photos at a time. Alaina and Matt even were seen kissing each other with full of happiness and a sureness in their eyes of walking the aisle soon. They have shown their beautiful rings on their hand with a diamond on its top in the last one.

The lovey-dovey couples posted their photographs recently on Thursday, December 16, 2021. Alaina states in the caption, ''still on cloud 9🤍 thank you for all the well wishes, we are feeling so loved.'' More than a hundred people have congratulated the pair for their engagement, up to date.

On July 27, 2021, Alaina posted wishing the duo anniversary, ''While my love for you has somehow grown over these last 7 years, one thing has remained the same - you are my favorite person. You are my best friend, the best fur dad, and the best partner. Thank you for loving me as effortlessly as you do. Happy anniversary, I Love You.''

Additionally, as noted by NDTV, Alaina and Matt have dated for more than seven years. Switching on her social sites, the power couples have shared multiples of photos with a sweet caption on them.

Talking about Alaina then, she is Eminem's ex-wife Kim Scott's twin sister Dawn. He adopted Alaina and made the revelation in an interview with Rolling Stone in 2004.

For more gossips on celebrity relationships, stay tuned with us in Glamour Fame.