home Lifestyle Does Cierra Ramirez Have a Boyfriend? Facts About her Dating History!

Does Cierra Ramirez Have a Boyfriend? Facts About her Dating History! 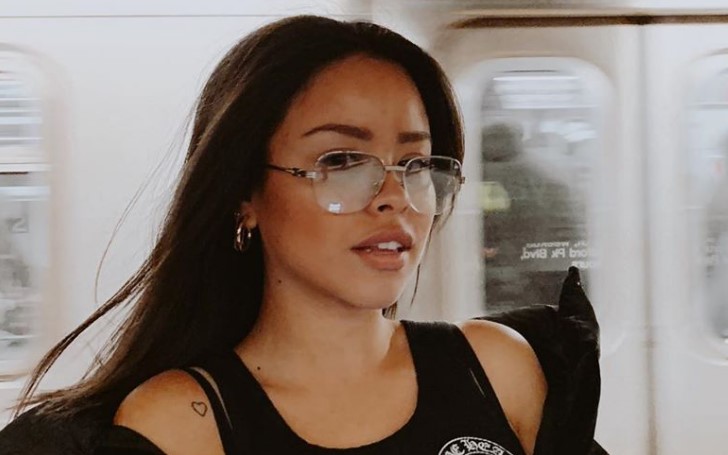 Cierra Ramirez is an American actress best known for her role as Kathy from the TV series 'The Secret Life of the American Teenager.' The actress who made her debut from 2006 has created a lot of stir with her talents and beauty.

Cierra Ramirez (born Cierra Alexa Ramirez) has proven herself as a singer as well. Moreover, the actress has her own movie - 'Girl In Progress.'

While her career is undoubtedly successful, we are here to discuss something interesting about her. Let's find out who Cierra is dating.

Cierra Ramirez is currently dating Othrsyde whose real name is Johnny Zallez; The couple is expected to have started dating since July 2019.
Source: Cierra Ramirez's Instagram

Recently our girl Cierra Ramirez is dating Othrsyde. The now boyfriend of Ramirez, whose real name is Johnny Zallez, is an aspiring musician/singer. The singer (born on December 2, 1995) has an upcoming album, which is due to release in January 2020.

Also See: Is Stefon Diggs Dating Someone? Who is His Girlfriend?

Cierra Ramirez and Johnny Zallez, aka Othrsyde, recently started dating, which is apparent from Cierra's Instagram. Ramirez took to her Instagram on the 2nd of December, where she opened up about her love for him.

The actress uploading a series of pictures of her, and Johnny wrote, "you ever meet someone & think about how much better life is..simply because they’re in it? Thanks for being born @othrsyde, you make everyday feel like a birfday.🤓🖤"

By what seems, the couple is genuinely in love, and they look absolutely adorable together.

Before Cierra Ramirez started dating Othrsyde, the actress was romantically associated with hairstylist and barber, Jeff Wittek; the former couple seemed they are her to stay but the two split up.
Source: WSA

The former couple was truly in love, which was apparent from their social media, but the romance did not last for too long between the two.

The last time we heard from the former couple was back in May of 2018, where Cierra uploaded a picture of her kissing Wittek. And that was pretty much the last time, and fans started to speculate their breakup, which was, in fact, right.

Also Read: Chris Burrous was Married to Mai Do Burrous - How was His Relationship with His Wife?

After the split, the two were never seen together, and all of a sudden, Cierra was seen with Othrsyde, which shocked the world. However, fans think Johnny is the right person for her.