home Lifestyle Comedy Star Robin Williams Went Out And Performed Even While “Struggling” Says His Son!

Comedy Star Robin Williams Went Out And Performed Even While “Struggling” Says His Son! 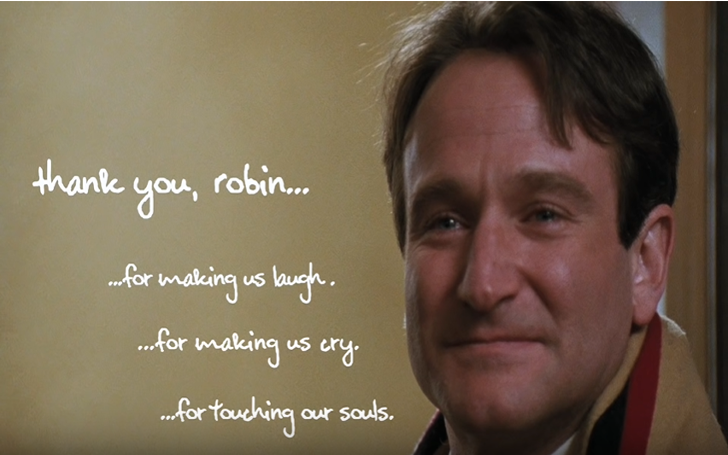 In an intimate interview, Robin Williams' son tells how his father performed while "struggling."

Robin Williams was one of the most beloved comedians and movie star on earth as he starred in many, now classic, movies and TV shows. He won out hearts with his quirky performance in Aladdin and he made us cry with his beautiful portrayal of a psychologist in Good Will Hunting. There was nothing he couldn't do and Robin did it all to make us laugh and give us a good time.

While Robin was making us happy, we never realized that he himself was sad and when he committed suicide we lost a gem who left us with iconic moments like 'O Captain! My Captain!' but we could do nothing for him. It was hard for us to know that we enjoyed his antics on screen while he was battling with depression.

We are just fans, we knew him as 'Mrs. Doubtfire', we knew as an airman, as a psychologist, as a science teacher struggling to convey his feelings, but we all saw him through the lens, we all saw what he wanted us to see. Imagine how hard it was for his family seeing him work with his condition. The doctors say they only discovered he was carrying Lewy body dementia after his death and now his son, Zak Williams, came forward to talk about how hard it was to see his dad struggle with his illness and still going out to perform every day. Zak said;

Having to share him with the world was hard at times.

We love Robin Williams but if we knew he was struggling would've tried to help just like he did by spreading happiness in our world.

Zak said, in a candid interview with GMB before the five year anniversary of Robin's death, "For the most part he was very good at putting his personal struggles aside and soldiering on. When it did show through it was sad to see someone who was suffering so…"

It must be hard to see your parents struggle but it was also a testament to the fact how dedicated Robin was to his craft as he went out every night to make others smile. He should've sought help and elongated his life a further couple of years but we also can't fault him for doing what he loved most in his life.

Zak also said they tried to do everything they can to help him but it was hard to get through to him and he also felt helpless because Zak couldn't do much to ease his father's pain.

Robin left this world and Zak said he was thankful for all the loving messages for his family and he also talked about how they are keeping their memory of Robin close and being open with one another and remembering him as a great man that he was. Zak said, "My son is almost two months old, his name is McLaurin, it was also my father’s middle name, it’s a family name. What both his mum and I are seeking to do is be vulnerable and open and sharing our feelings and love for him. Life can feel short and it’s just important to really share the love and feelings of affection when you can… At this point we just feel really blessed."

Robin will forever live in our hearts for the great man that he was, and we will enjoy his numerous amazing performances till our last moment here on earth.