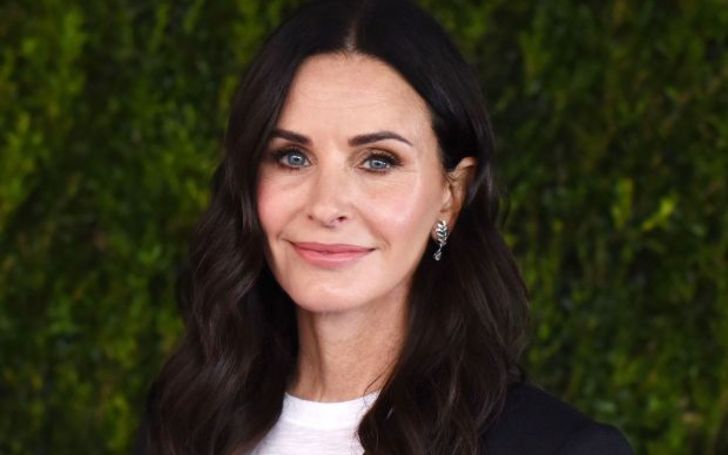 If we ever were to look at the history of actors and actresses earning a fortune from a series, the first name would indefinitely be 'Friends.' It's insane how much the actors made at that time, and even more, of an astonishing fact is that decades after its release, the cast is still getting paid.

The hype was real when we found out that the cast of 'Friends' went as far as to break Guinness World Record for becoming the highest-paid TV actress of all time with $1 million per episode fee. The casts are none other than our much-loved stars, Jennifer Anniston, Courteney Cox, Lisa Kudrow, Matt LeBlanc, David Schwimmer, and Mathew Perry. So, today we look into finding the amazing net worth of one of the cast members, Courteney Cox, aka Monica Geller in the series.

A Glimpse Towards The Starting Days of Courteney Cox

Little ol, Cox was born and raised in Birmingham, Alabama by her parents, businessman Richard Lewis Cox and Courteney Copeland, now Courteney Bass. Yes, the same name people; this is the Cox family trend. Besides that, the actress shared three older siblings with sisters, Virginia, Dorothy, and Richard Jr. Although after a certain while, her mother divorced and remarried businessman Hunter Copeland which ironically comes to be the uncle of her love interest Ian Copeland.

Courteney Cox was engaged with fiance, Ian Copeland. They called off the engagement but still are together.
Photo Source: Superstars Bio

As for her education, Cox graduated from Mountain Brook High School and left for Mount Vernon College in Washington for a degree in architecture. However, by the gorgeous looks she inherited, it was no soon that she got offers from the entertainment industry and left her degree for a career in modeling and acting.

A Milestone in Courteney's Career, 'FRIENDS'

Before hitting the entertainment industry with her signature, 'I KNOW' dialogue as Monica in 'Friends,' Cox waltzed her way in the industry through appearing in music videos, small television roles, film roles, sitcoms, and many more. Her shining moment came when she auditioned for the very series her whole image is known upon.

Each of the casts of the series also gets $2 million royalties every year from the deal.
Photo Source: Variety

Although did you know, Cox actually auditioned as Rachel Green, which was Jennifer Aniston's role, but she was offered the job as Monica instead. Years later we all know just how far the series made its way in the industry, its still one of the most talked-about series.

You May Also Like: Jimmy Fallon Net Worth - Find Out How Rich the Late Night Show Host is

Astonishingly 'Friends' always makes Warner Bros roughly $1 billion annually from all of its streaming rights. Each member of the 'Friends' cast received around $90 million just as base salary without their royalties counted.

Finally, coming to the main topic here, the actresses net worth collection. Who knew one show could make you a millionaire, the living legends for that matter are the friends cast. Amongst them, Courtney is the second richest member of the cast, with the net worth of a whopping, $150 million.

The 55-year-old actress was, in fact, one of the highest-paid actress, from $22,500 per episode to $1 million. As for real estate, Courteney's a holder of multiple real estate like a $17.5 million home in Malibu, $33.5 million house near the Malibu beach and two condos in a luxury Sunset Strip tower in Beverly Hills worth $5 million.

Also See: Alexis G Zall Mesmerized Her Fans with Unique Voice - Find Out Some Intriguing Facts About the Actress

That's all for today. We hope you enjoyed the read. For more, make sure you follow Glamour Fame.