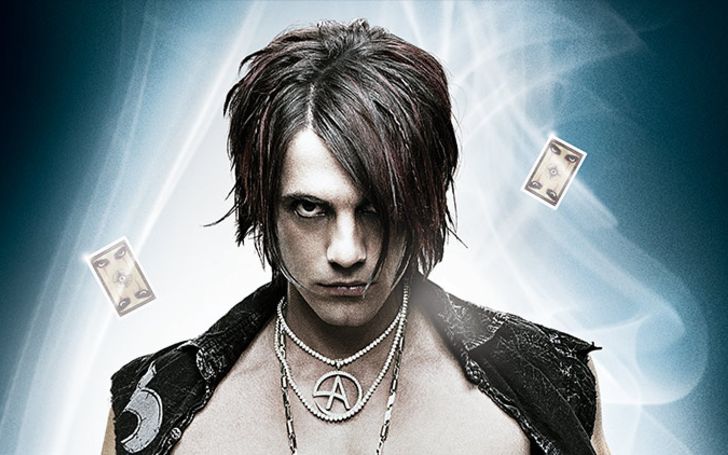 Christopher Nicholas Sarantakos, better known by his stage name, Criss Angel, is an illusionist and musician, who is known to screw with people minds. His first appearance in New York City rolled heads and introduced the world to a different kind of magic.

After his move from New York, Criss started performing in his show 'Mindfreak', that made him a household name. News channels asked if he was the devil when he first appeared on the scene. His tricks were so repulsive that it made people, both wanna puke and keep watching.

Every trick of Criss' is astonishing in its own right and you can look at any of them and have your mind screwed, but here is our Criss Angel Mindfreak: Top 7 Tricks That Literally Screws Your Mind!

7. The time when Criss Angel turned a Bentley into a Lamborghini

When Criss is undecided on which car he wants to buy, he brings out a guy from a Bentley dealership and a couple of bystanders. He covers the car with a tarp and what happens next is nothing short of astonishing.

The outline of the car changes under the tarp, in one continuous shot, Bentley disappears and a Lamborghini comes out of nowhere. If he did the act inside a studio then the switch of cars would be less impressive but the act was out in the open, in a parking lot.

6. Suspended on a sword point

Criss walks in a pawn shop and starts picking out swords. He asks people to trust him and keep the sword upright at all times. All the people point the swords up and wait for Criss. He asks for a woman volunteer and one girl steps up, she is then hypnotized and carried up then placed on top of the four swords. Criss removes the swords one by one and then leaves the girl levitating on a sword that is right on her neck.

5. In Half with Paige VanZant

For this trick, Criss enlists the help of the 'UFC' fighter Paige VaZant. He lays her on the table and asks Paige's friends to hold her head and leg. Criss moves her shirt a little and then starts working on her stomach. What happens next is one of the most visceral tricks of Criss' career. He stabs his finger inside her stomach and starts tearing it apart, then he asks her friends to pull the tables apart. This one made us regret eating anything before watching the video.

4. Criss gets run over by a roller!

Now, this is beyond astonishing, Criss decides he wants to lie belly first on broken glass and have a roller run over him! In Las Vegas, out on a parking lot, on top of broken glasses, Criss is lying without a shirt and only his pant on. Then, a roller slowly rolls on top of him and he is screaming in pain, the live audience doesn't want to look but they can't do anything but look.

Running out of superlatives to describe Criss Angel's brilliance, this time, in a park, he asks two strangers to lie on two benches across from each other. Then the magician, who isn't married currently, asks two couple to hold the hands and legs of the people lying down. Then Criss pats the stomach of the male and female lying down and asks the people holding their respective legs and arms to pull them apart.

To the astonishment of everyone, the torso and hip separate. While everyone is running around terrified and scared, Criss carries the torso of the man and attaches it on the hips of the woman and does the same thing to the woman's torso. To cap it all off, he walks away laughing, without even fixing them.

Luxor Hotel is the most recognizable building in Las Vegas, the glass made pyramid hotel is unforgettable and when you add the light that shines from the top of the hotel that is visible up to 275 miles away by a flying plane at a cruising altitude. So, Criss decides to levitate on top of the tower, sounds stupid, but the show he put on was of an epic proportion for all of Las Vegas to see.

Criss Angel is known for many tricks, but when we hear the name Criss Angel this is the first image that comes to mind. You always remember your first, and this was our first introduction to Criss the illusionist. We don't know how he was able to walk on water in front of all those people but consider our minds being screwed.

There is no such thing as magic, every object on earth is subject to laws of physics, but when we see a Criss Angel magic trick, common sense seems to go out the window and all we can do is stand in awe of this brilliant illusionist.