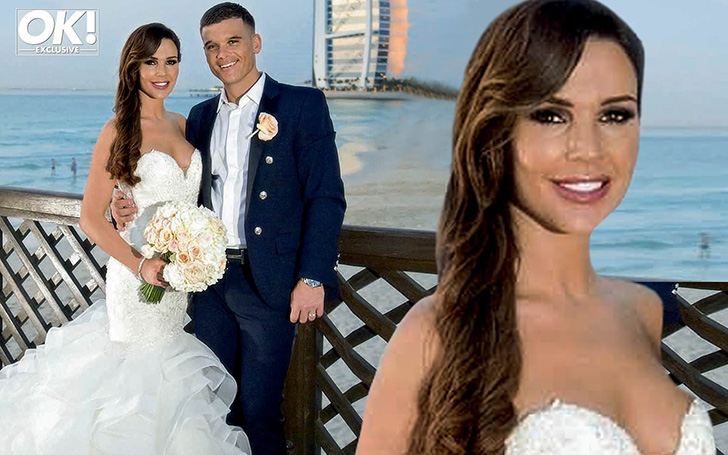 Danielle Lloyd tied the knot to her fiance Michael O'Neil in a secret ceremony in Dubai.

The famous model, Danielle Lloyd's first wedding pictures are finally released. The mother-of-four revealed that the ceremony was so beautiful that she has cried every day since.

The 35-year-old model told to OK! magazine that she married her fiance turned husband, Michael O'Neill last Sunday in front of the iconic Burj Al Arab Jumeirah. She explained, ''It feels like happy ever after for me as I’ve been through hard times. I’ve had wedding blues because it was so perfect – I’ve been bursting into tears every day!” 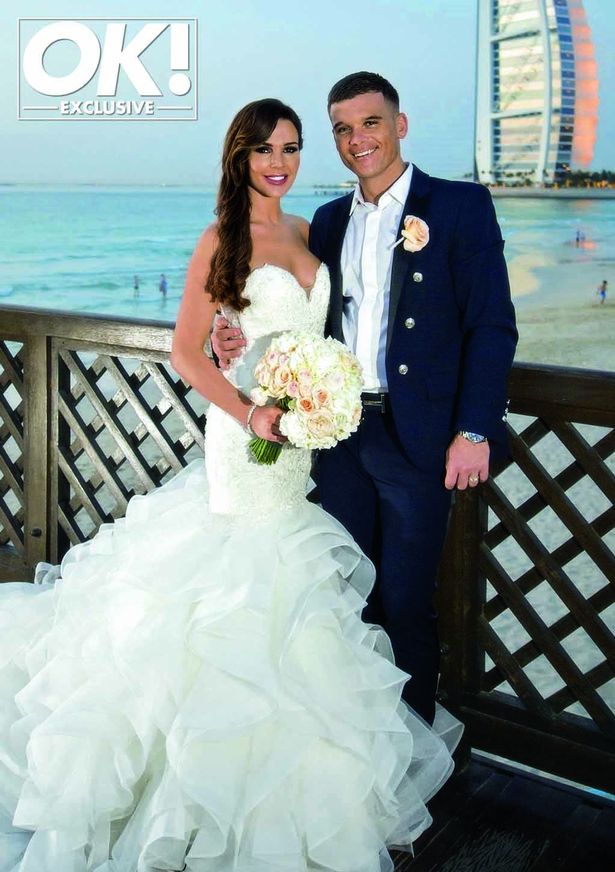 For the ceremony, Danielle opted for a strapless white lace gown with a voluminous ruffled train. The reality starlet wore her glossy chestnut locks and styled in bouncy waves, whilst she carried a gorgeous bouquet of pink and white roses. Side parted curly hair added an extra glam to her outfit.

Meanwhile, the groom wore a black fitted suit with a rose boutonnière to match his new wife's bouquet. Both of them were looking stunning in their beautiful outfit.

The newlywed husband-wife was joined on the day by Danielle's son with the boys all given a special role for the wedding.

Archie, eight, and Harry, seven, were best men, while six-year-old George was their cute ring bearer. She explained,

''Ronnie was naughty but he’s only a baby, and it’ll be funny to show him the photos when he’s older. All the other boys were brilliant. All of them did get in the sea in their suits, but boys will be boys!’'

Although Danielle has previously revealed out about wanting to eventually have a baby girl, Danielle is contemplating adopting instead.

She revealed that bu the end of the year she and her husband will start for a baby and watched Instant Family on the plane and told to Michael, ''Shall we adopt a baby?''

Regarding their relationship, the couple got engaged in March 2016 after just a whirlwind six months of dating, following the break down of her marriage to ex-footballer Jamie O'Hara.