home Lifestyle Denise Richards Kids- Who are They? Learn All About Them

Denise Richards Kids- Who are They? Learn All About Them 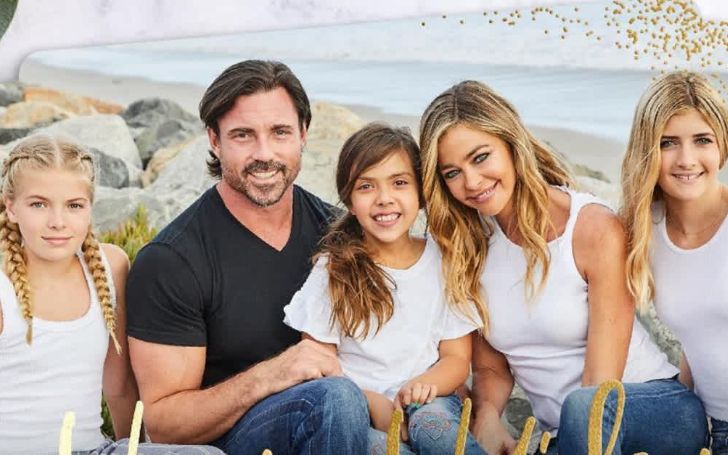 Denise Richards is a doting mother to three children: Inside her family life.

Denise Richards is an actress, television personality, and former fashion model. Her most widely-known roles are Carmen Ibanez in Starship Troopers, Kelly Van Ryan in Wild Things, and Bond girl Christmas Jones in The World Is Not Enough.

On February 17, 1971, she was born to Joni Richards and Irv Richards in Downers Grove, Illinois, United States. When Richards was just 15 years old, her family relocated to Oceanside, California. She graduated from El Camino High School in 1989.

The RHOBH star is married to Aaron Phypers, and they share three children. Continue reading to know.

Denise Richards Kids- Who are They?

Denise welcomed her two daughters during her high-profile marriage with Charlie Sheen, which lasted from 2002 to 2005. After a few years after the split up, Denise adopted their daughter Eloise as a single parent. After marrying Aaron Phypers together, they are the legal parents of Eloise.

Denise and Charlie's eldest daughter Sami Sheen was born on March 9, 2004, and after one year, they gave birth to their 2nd daughter Lola Rose Sheen on June 1, 2005.

When Sami was one year old and Denise was pregnant with Lola, the couple had the most turbulent moment of their marriage. Denise filed for a restraining order against Charlie following the filing of divorce a month later.

Their divorce was finalized on November 30, 2006, following a custody battle, which Denise won while Charlie got visitation rights. In the following year, both daughters spent most of their time with their mother, Denise, while meeting Charlie on some occasions, But as time passed, both started to spend their time with Charlie.

Both daughters have had their appearances on their parent's tv shows like Charlie's Two and a half-man and Denise's the real housewives of Beverly Hills, Denise Richar: It's complicated.

Sami being a teenager, didn't like her mother's rules as both Charlie and Denise had different parenting styles and rules. Sami preferred her Dad's rule over her mother's and moved to Charlie's permanently.

As for Lola, she maintains her time evenly between her parents. But as Denise had been the primary caretaker of the girls for years, she is saddened by all of this, but as a caring and incredible mother, she is doing her best.

After four years of splitting with Charlie, Denise Richards decided to adopt Eloise as her third daughter. Denise adopted Eloise at birth following a two-year process and gave her the middle name Joni on behalf of her mother following her demise.

Eloise was diagnosed with a rare chromosomal disorder, Chromosome 8, Monosomy 8p, that causes developmental delays. Denise shared that Eloise is nicknamed "the animal whisperer" due to her communication skills with their family pets.

The multi-millionaire celeb initially raised Eloise solo, but after marrying Aaron in September of 2018, Denise revealed that Aaron was ready to adopt Eloise as her daughter a few months later.