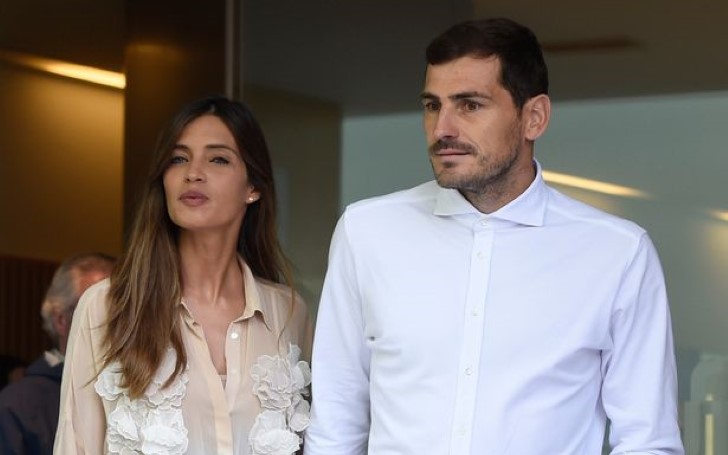 The wife of Spain's goalkeeper Iker Casillas, Sara Carbonero has revealed she is fighting ovarian cancer, just after three weeks of her husband's heart attack.

Earlier on Tuesday, Carbonero made the shocking announcement about her cancer and took her Instagram to share an emotional post, she revealed, she had undergone surgery to remove a malignant ovarian tumor.

“When we hadn’t yet recovered from one shock, life has surprised us again. This time it’s me, that six-letter word I still struggle to write. A few days ago during a check-up, doctors described a malignant ovarian tumor and I have been operated on."

Sara mentioned, her treatment went successfully but still, she faces some months of struggle while she has the corresponding treatment. She mused,

“I’m calm and confident everything is going to be okay. I know the road will be tough but will also have a happy ending. I have the support of my family and friend and a great medical team.”

At the end of the post, the journalist thanks her colleagues for always showing their respect and understanding, especially in these difficult and delicate times towards her and family. Check out the post below:

The TV journalist, who has two sons with Iker Casillas, helped organize his husband 38th birthday on Monday before breaking the news of her own health battle.

Sara was filming in Tarifa in southern Spain when she got to know her husband has a heart attack on May 1.

You May Like; Beth Chapman Rushed to the Hospital Amid Cancer Scare

Casillas, who made 725 for boyhood club Real Madrid before departing in 2015 and 167 appearances for Spain, fell ill during a training session with his current club, FC Porto. 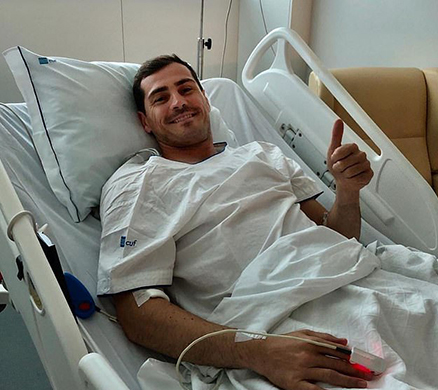 It was reported, the legendary player called for 'quiet' as he is set to bring the curtain down on his football career. He declared on social media,

"Retire, there will be a day I have to retire. Let me announce the news when that time comes. For now, quiet.

"Yesterday I had a review with Dr. Filipe Macedo. All very well. That's really great news I wanted to share with everyone!"

After three years on sabbatical living in Porto with her husband, Sara recently returned to Madrid to continue her reporting career with Deportes Cuatro.