Did Game Of Thrones Give Jon Snow The Wrong Targaryen Name? 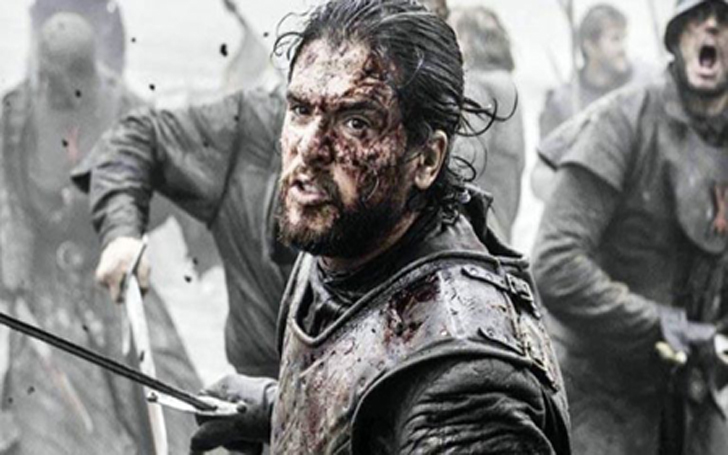 Jon Snow's real name was revealed in the seventh season, but did they give him a wrong name?

Ever since Game of Thrones premiered on HBO in 2011, there is much talk of the parentage of Jon Snow. Who are his parents were almost all the talking point there was after every episode. Even though his true parentage didn't matter by the end of the show, still the guessing game was fun while it lasted.

In the finale of season 6, finally, all the surefire suspicions of Jon being the son of Rhaegar Targaryen and Lyanna Stark came true. Bran saw in his vision as Ned Stark and his friends stormed the Tower of Joy, he reached the top and saw that Lyanna had given birth to a child, a baby boy, Lyanna asked Ned to protect the boy and gave him a name.

We got the revelation of what his parentage was, which was not a surprise, but still, the announcement of Jon's real name is kept a secret from the audience. His name was finally revealed one season later during the finale of season 7 where Bran takes a trip to the day of Lyanna and Rhaegar were married making him and not Daenerys, the rightful heir to the seven kingdoms. His name finally uttered on the show as 'Aegon Targaryen', which is not much surprising considering the fact the Aegon is the most famous of the Targaryen's.

'Aegon the Conqueror' was an obvious choice for the name, and Aegon was what his mother Lyanna named Jon. In a vacuum, the name itself is not much of a problem, but for the readers of the book, the choice of name is a very confusing one.

Before being married to Lyanna, Rhaegar and 'Elia Martel' had a relationship, with whom he had two children, a boy, and a girl. Guess as to what the name of the boy was; if you guessed Aegon, you would be correct. 'The Mountain' murdered the two children during the sack of King's Landing, and there was talk about the two children of Rhaegar in a season 3 episode, so we know that the kids are now canon. Thus, the problem arises why Rhaegar would name two of his boys the same name.

Source: A Blog of Thrones

Naming Jon, Aegon, is much discussed on the series and one such theory is Lyanna made the name selection on her death bed thinking the legendary name of Aegon is something that Rhaegar would approve of and also it is an excellent Targaryen name. The problem with this theory is Lyanna would have known about the existence of Rhaegar's son who is also named Aegon, so why would she chose a name similar to that of Jon's half-brother.

There is also another theory that Rhaegar wanted all his sons to be named Aegon because of his obsession with the prophecy of "the prince that was promised." This theory also doesn't hold much water, and it all feels like the writers made a mistake while writing the episode. The way Game of Thrones ended, we can be almost sure that the writers were undoubtedly mistaken and there is no deeper hidden meaning to it.

Watch: The moment Jon Snow's true name is revealed in Game of Thrones

Aegon makes sense on the surface, but if you take a deep dive into the name, you will be left scratching your head. Aegon makes very little sense, but the name that the King in the North should've received was 'Aemon Targaryen', his great-great uncle. We know Jon was very fond of Maester Aemon and he was like a father figure to the little Jon Snow. Though they did not spend much of the time together, Maester Aemon still had a massive impact on Jon. It would've been nice for Jon to share the name of the man he admires very much. We also know that Rhaegar and Aemon were close and they wrote letters to each other so it would not have been a farfetched idea to name Jon after Aemon.

Just imagine the words by Aemon to Jon "kill the boy and let the man be born," what a fitting way to let him know that he is a boy Jon Snow and he needs to grow up to be Aemon Targaryen.

Also, there is a legend of 'Aemon the Dragonknight' who was considered to be one of the most excellent swordsmen in the Seven Kingdoms. He was the younger brother to another Aegon Targaryen but pledged his allegiance to the Kingsguard giving up any hopes of married life as well as children, rising to the ranks of Lord Commander, wielding a Valerian sword. Talk about history repeating itself.

Though the lineage of Jon was squandered and, frankly, played no part whatsoever when it came to the final season of Game of Thrones, it would still have been great to see the similarities between the legendary Aemon and Jon. Both of them did not want the crown; both were master swordsmen, both vowed never to father any children.

Aegon is an excellent name for a Targaryen to have, but the name makes very little sense now thinking about how the series ended. Aemon would have been a fitting name, and like many aspects of Game of Thrones, the writers squandered this opportunity.