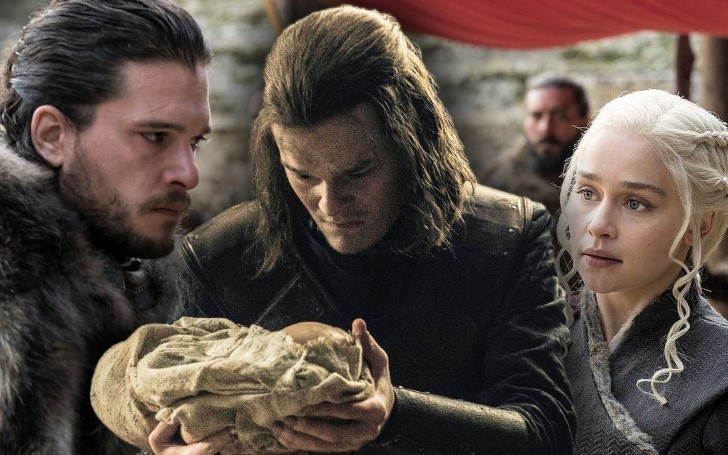 While season 7 of the Game of Thrones unveiled the family lineage of The King in the North, Jon Snow, it might not necessarily be a significant plot point in Game of Thrones season 8.

Game of Thrones explicitly confirmed Jon Snow is the son of Rhaegar Targaryen and Lyanna Stark previously by the end of Season 7. Since then the revelation of Jon's identity was deemed substantial in the upcoming season of the series.

On the contrary, the recently released season 8 teaser puts more emphasis on the battle between the living and dead along with the survival of Starks rather than Jon Snow's family lineage.

While Jon's family lineage undoubtedly plays an important role in Game of Thrones season 8, the "Crypts of Winterfell" teaser trailer revolves around regrets, promises, and acceptance, though the quotes in the teaser from the initial seasons of the series.

Each word in the teaser is somehow directed towards Jon Snow's yet to be known identity. The teaser begins with Lyanna Stark asking her brother Ned stark to protect her son whereas Catelyn laments over not being able to "love a motherless child." Similarly, Ned Stark reassures he is a Stark, saying "you have my blood."

These references obviously direct towards Jon's bloodline before the scene recedes to three of the only remaining Starks prepared to battle the approaching winter together.

Though vague, the symbolism the teaser carries cannot be omitted. As per the tease revelation of Jon's identity is petite compared to the dire situation they are braving against.

Even if Jon figures out about his parentage, it is less likely to change how Jon feels about himself. Once the truth is revealed, it's unlikely Arya and Sansa will abandon him instead standing firm and protecting him - just as his mother wished and failed to do.

Also read: 10 Shows Looking To Become The Next Game of Thrones

In the end, with the truth revealed or not Jon, Sansa, and Arya shall be fighting a war with an army of the dead. They must survive in order to be able to fight over their parental history. So, the revelation about Jon's parents is definitely important but less compared to the enemy they are set to face.

We have no other way of finding out about the role Jon's identity carries in the final season rather than just tuning into HBO from 14th of April onwards.