home Entertainment Does Netflix Brag Too Much About Its Number of Viewers?

Does Netflix Brag Too Much About Its Number of Viewers? 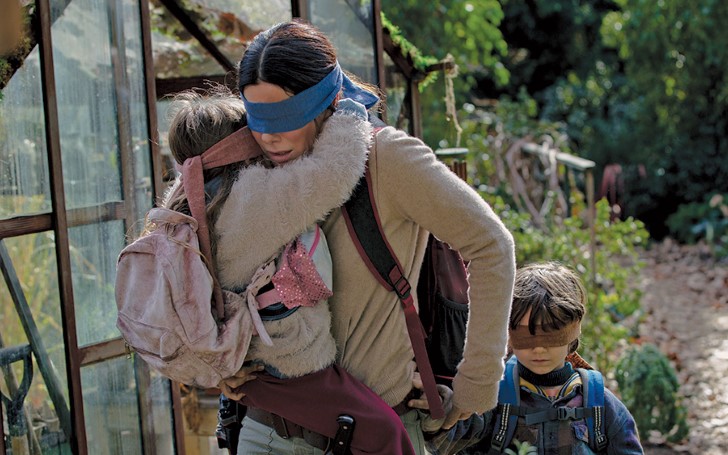 Is Netflix showing off its number of viewers way more than it actually should?

Back in the 1990s to early 2000s when people were just getting with the routine of renting broadways from the Blockbuster, Netflix was nothing more than a small streaming service that wasn’t even gaining momentum as a new way to watch Hollywood.

And, now not only they are an incredibly popular streaming service revered by over 139 million people worldwide, but they’ve also expanded into venturing their own flicks and all.

Netflix original movies and television series are well-watched and increasingly more desired. But is Netflix really as voguish as they’ve led people to believe?

For the longest time, Netflix resisted Hollywood's conventional approach of showing its box office metrics. Consequently, its viewership ratings were kept secret and the data was unavailable.

But now, Netflix proudly brags about the high (and seemingly impassable) numbers of its audience meter. But are these 40+ million show viewership ratings that accurate? Or is the service simply boasting too much about its number of views?

In mid-January, a series of stories swept the trade publishers that suggested a seismic surge has happened in the way people watch TV and movies given Netflix started releasing viewership numbers for some of its biggest hits — and these figures were huge.

The streaming giants announced that 40 million accounts were projected to watch the dark stalker drama You and the British teen dramedy Sex Education over the course of the shows’ first month of streaming.

But here’s the catch; note that it didn’t say 40 million viewers — it actually said 40 million accounts, which Netflix hopes we would assume so that it could translate those raw numbers to an estimation of double or even triple in stats.

The insinuations were extraordinarily big; If Netflix’s projections were this accurate with only its two shows that are seemingly doubling the number of viewers — the news would be a game changer.

However, if one is to possess even an ounce of suspicion, we can see why many TV journalists found Netflix’s numbers quite doubtful. Both You and Sex Education appear to be performing well for Netflix and both have been renewed for additional seasons.

If 40 million people are watching them worldwide, that would stand them among the biggest TV hits on earth, on the level of something like Game of Thrones, and Breaking Bad legitimate global sensations. And this is something that just doesn’t fit in the culture.

As the weeks have passed since Netflix’s January report, a bundle of sources has been throwing cold water on the streaming platform’s self-assumed numbers (more on that below).

We don’t even need to open up pages upon pages to be skeptical. Just taking their announcement at a face value is enough to question the maths. Meanwhile, here’s what some notable figures have to say against the media company.

Netflix and it's Silicon Valley's Evaluation

Landgraf says the way the numbers are counted is futile
Source: Variety

John Landgraf, the FX CEO, has recently dissed Netflix. He said that while he doesn’t resent the streaming service for its existence, he’s getting fed up with their Silicon Valley ratings. But what does Landgraf mean by this?

Well, the CEO is actually speaking about the way in which viewership numbers are counted. The figures are based on even those number of individuals who just watch the show for five or ten seconds before eventually turning it off. The edge; Netflix will still count that as their viewership.

This is an unreliable keeping of records in the first place, as those individuals who watched only a few seconds – or even a few minutes – of a television show or movie have not watched it in whole. They simply wanted to check it out and later became too busy or decided that it wasn’t of their interest, after all.

But what other experts are saying in this; What Netflix says versus what Nielsen says Bird Box was a big success for Netflix — even Nielsen concurs on that
Source: Saeed Adyani

When it comes to audience measurements, Nielsen is the name which comes to mind. They’ve handled the vast majority of viewership ratings from the time of Texaco star theater and I love Lucy, and they have a distinctly different way of extracting the actual number of viewers for some of Netflix’s “best-watched shows.”

Though the numbers are still quite good, Nielsen states they’re not nearly as supreme as Netflix claims. The originals You and Sex Education were said to have 40 million views each where Nielsen disagrees with a huge difference, stating, the shows instead had 8 million and 3.1 million, respectively.

The other three original Netflix series – Fuller House, House of Cards, and The Defenders – are estimated to have reached only about 59% of American households—but this time this integral wasn’t from Netflix. And neither did they release exact numbers for these series, but did argue with Nielsen’s ratings by stating the actual reach was significantly higher.

There’s a lot to say from Nielsen’s as well

Nielson's Differ from that of Netflix
Source: Multichannel

The problem is that with the revolution of streaming services, Nielsen’s ratings aren’t entirely flawless either. The corporation for rating television shows actually can’t track those views which come from mobile applications or computers – which is a dominant way of Netflix’s subscribers use the service.

Nielsen has even admitted their way of measuring viewership isn’t really justifiable for streaming services like Netflix or Hulu which is a problem the company is still working on.

So, Will Netflix find that middle ground?

Netflix Viewership Measuring System Yet to be Agreed By Others
Source: Fortune

The reality is the actual number of viewers for any given television series or original movie on Netflix probably ranges somewhere in between what the streaming enterprises say and what Nielsen says.

With the Netflix ratings, views of less than half the total time of any given show (at least) should be subtracted from their incredibly large numbers which in turn gives the total number of viewership for the media streamers. But with Nielsen protocol, the number counts only from the total amount of views on both mobile applications or computers, as well.