home Entertainment Who is Dominic Fike Dating in 2022? Find Out About His Girlfriend

Who is Dominic Fike Dating in 2022? Find Out About His Girlfriend 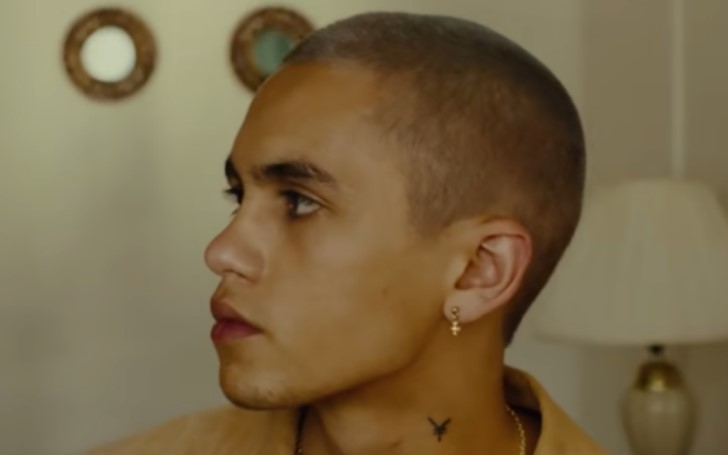 Here's what you should know about Dominic Fike's new girlfriend in 2022.

Fike released his first EP 'Don' Forget About Me, Demos' in 2017 while he was on house arrest for battery of a police officer, The EP went big leading to bidder war in several record company.

Later, the rapper signed with Columbia Records for a reported $4 million. Dominic, however, saw some downside after the success as he was sent to jail for violating house arrest, but after that, he has been pretty good in his career.

Since we are talking about his love life, let's find out who the singer is dating in 2022.

Since Fike was cast in Euphoria season 2, things have been heating up between him and his co-star, Hunter Schafer. She is an American model and actress.In January 2022, they were spotted together after a Los Angeles dinner.

The couple is yet to confirm their relationship; their kissing pictures came earlier when Fike shared on her birthday special saying, “happy birthday happy birthday” on his Instagram post.

Previously Dominic Fike was with Shelby Tangorra, but in a recent development, the former couple broke up. According to fans, the two split after Shelby cheated on Dominic with Fike's friend.

The fan's theories further suggest Shelby still follows Dominic's dog account 'Gelato,' his mom, and band members. But the two unfollowed each other, so the speculations started Shelby and Dom are no longer together.

But all speculations came out to be true in the end. When Dominic started dating his new girlfriend, Diana Silvers.

Who is Diana Silvers?

Diana Silvers is now the ex-girlfriend of Dominic Fike. Dominic fans came with the speculations that the two are dating. Their theories suggest the two have started making appearances on each other social profiles.

When we stalked Alexandra Hainer's Instagram account, the speculations were, in fact, true. The couple was dating, which is evident from their cosying up pictures on their Hainer's profile. However, their relationship ended in 2022.

Diana Silvers is an American actress and model who is known for roles in movies like 'Booksmart,' 'Ma,' and series like Netflix's 'Space Force.'