Drew Carey Urges His Fans to Sign a Petition to Update Domestic Violence Laws after Ex-Fiancee, Amie Harwick, Was Allegedly Murdered by a Former Boyfriend 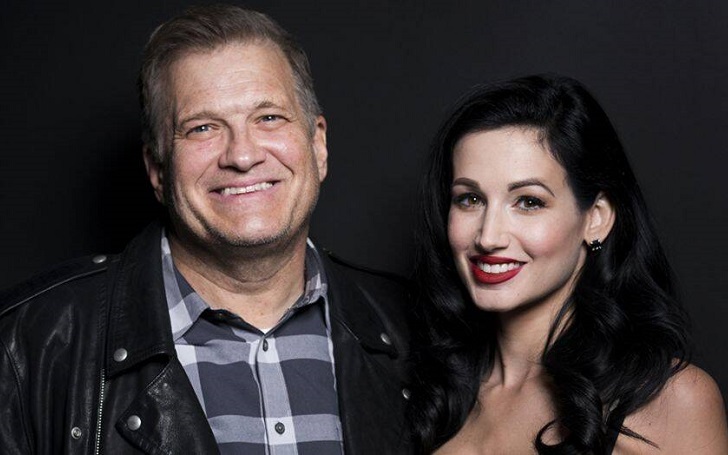 A petition was created in response to Amie Harwick's death, and it's already close to its goal.

Drew Carey was left shocked when he heard of his ex-fiancee, Amie Harwick's death following a fall underneath a second-story balcony. Gareth Pursehouse, who police said was her ex-boyfriend, was arrested in suspicion of murder.

The case is still taking effect, and Drew Carey urged his Twitter followers to go ahead a sign a petition he shared. The petition, titled 'Justice 4 Amie', was set up by Harwick's friend, Diana Arias, who claims Pursehouse was stalking her and harassing her since the restraining order she got against him had expired.

"Due to domestic violence, I recently lost a wonderful friend, Dr. Amie Harwick. She was murdered as a result of poorly written laws that do not protect the victims and properly punish the offenders," the petition began. "I refuse to let her death be in vain. She was a Doctor in the Mental Health Field and advocate in the community. We need to do the same and advocate for Amie. So I am launching JUSTICE 4 AMIE!"

Pursehouse's name was not mentioned, but Arias writes a boyfriend from over a decade ago attended a January 2020 event which had her appearance and began harassing her again & attacked her at her home on Valentine's night. It was all so weird as he was active on Twitter moments after Harwick had passed away.

The petition calls for a reform in Domestic Violence laws, four, in fact.

The first request is for restraining orders to not have an expiration date.

The second is a suggestion of "Mandatory long term counseling for the stalker/abuser".

The third asks for victims to not have to testify with the abuser physically present inside the same room, to not have to face the same trauma if front of them again. "There should be an option to live stream in a safe space in a satellite location for the hearing with the judge."

The fourth asks for a registry to be made for abusers, like the ones in place for sex offenders.

The petition concluded with domestic violence facts against women. It is already gaining pace as it is about to get the intended target signs of 50,000.