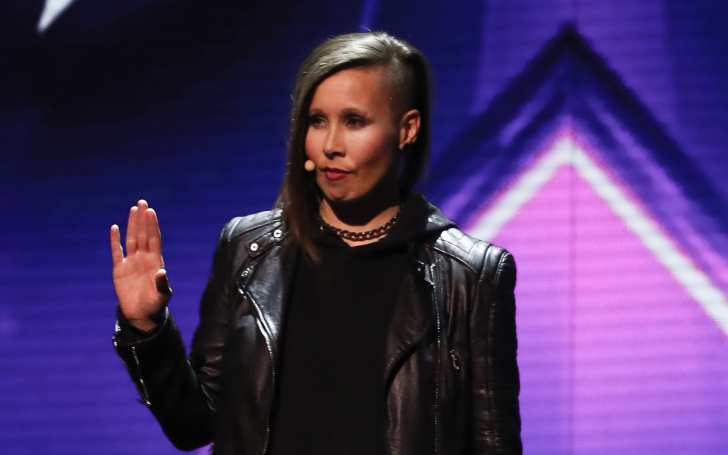 Eagled-eyed viewers of Britain's Got Talent think they spotted a big blunder in The Haunting's semi-final performance.

The judge of Britain's Got Talent, Amanda Holden was visibly shaken when she was put through a spooky routine by an act called The Haunting performed by the magician, Elizabeth on Monday, May 27.

During the live stunt, the former 'Kiss Me Kate' actress was taken to the basement of the Hammersmith Apollo theatre where she met Agatha and her ghostly daughter Florence who was creepily singing 'Rock-A-Bye Baby'. 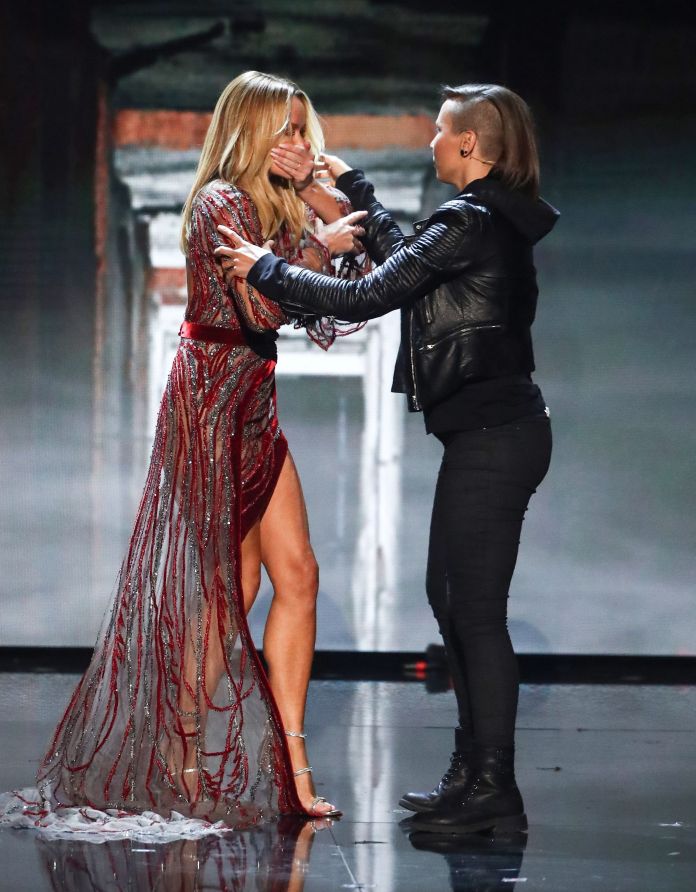 Eagled-eyed viewers of Britain's Got Talent think they spotted a big blunder in The Haunting's semi-final performance.
SOURCE: The India Times-Post

The chilling performance concluded with Amanda screaming as she was grabbed by the ghost before Agatha smashed through a mirror. Led back upstairs by the latter, the terrified judge was left stunned when she arrived back on stage as Agatha had "transformed" into Elizabeth.

Amanda was left trembling with fear by this supernatural act and that she even muttered a four-letter expletive as she tried to process what had just happened - for which she later apologized.

Watch: The judge of Britain's Got Talent, Amanda Holden was visibly shaken by an act called The Haunting

Despite her terror, some viewers think they've cracked how the Haunting trick was performed, blaming a cameraman for "exposing" the truth.

The eagle-eyed viewers claimed the camera operator stood in the wrong place, revealing the magician Elizabeth lurking behind a wall ready to take over from Agatha as Amanda was led up the stairs.

So, it didn’t take long for observant viewers to point out the illusion. Some expressed their thoughts on Twitter, with one joking that the cameraman could be sacked.

You can see her round the corner of the wall 😂😂😂 #bgt pic.twitter.com/YxsxPAjHLW

#BGT sorry Elizabeth the trick was ruined as the camera picked you up walking down the stairs as Amanda was walking up!! Poor semi final act pic.twitter.com/tHaMGxNJUL

“The Haunting” act on #BGT - what a load of fake. Anybody else see the woman waiting on the stairs to swap?! 😂 ABSOLUTE FAIL. It’s a no from me hun

Unfortunately,  Elizabeth couldn't secure a place in the final on Sunday and was sent home along with mimic Tony Rudd, dancers 'The Khronos Girls' and Akshat Singh, roller-skaters Rosie and Adam, and singer Brian Gilligan.

Recommended: 'America's Got Talent' Is Reportedly Getting a New Look

Acts 'Dave & Finn' and 'Flakefleet Primary School' managed to sail into the final of BGT. However, The Haunting still has a chance of making it to the final as the judges' wildcard.

Less than one week remains before a winner of BGT 2019 is to be announced and awarded with an epic cash prize of £250,000. The winner will also get the chance to perform for the Queen and the Royal Family at this year’s Royal Variety Performance.