home Entertainment Egyptian-American Zeeko Zaki Married to Anyone? His Personal Life and Net Worth at Glance

Egyptian-American Zeeko Zaki Married to Anyone? His Personal Life and Net Worth at Glance 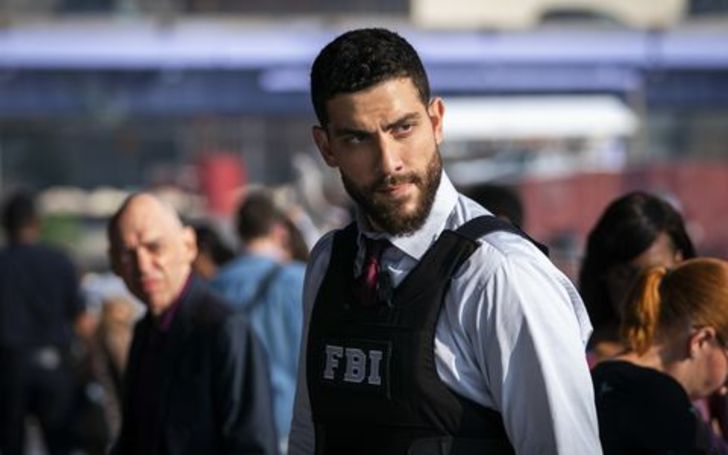 If you watch the American CBS show 'FBI', then you know who to look for in the series. The actor who's turning heads of the viewers is none other than the Egyptian Zeeko Zaki.

The Egyptian-American actor plays the role of 'Omar Adom' in the crime drama series 'FBI'. The masterpiece series was created by directors Dick Wolf and Craig Turk that stresses on the internal functions in the New York office of the FBI.

Followed by the classic chase, stunts, fights, and drama, the actor Zaki can be seen at his best in this television show. Just like that, let's get to know the actor even better, from his marriage news to his personal life and net worth value at a glance.

The Interesting Background of Zeeko Zaki

The charmer Zaki was born in 1990 on the 18th of January. We can guess where the guy exhibits his looks from. It's none other than the country with an exceptional history, Egypt.

However, despite being born in the city of Alexandria in Egypt, Zeeko was raised in West Chester, Pennsylvania, USA, as he moved out while he was only a month old. His parents are involved in the beauty sector, with dad being a beautician and mom, a hair salon operator. Not only that, he shares two lovely siblings, whose identities are yet to be discovered.

Insight on Zeeko's Career and How It All Started

The acting world called for Zaki just when he was a freshman in high school. Following his interest, he started acting in the local community theater.

During the show, FBI with canadian actress Melissa Peregrym.
Source: The Wrap

The six-feet-four-inches tall actor hit his debut movie in 2012 with the role of 'Gus' in the satirical film 'Stuck in Adoration.' After that, Zeeko appeared in TV drama like 'Homeland,' 'Revolution,' 'Six and 24: Legacy', and many more.

You May Also Like: Frank Lucas' Wife Julianna Farrait - Some Interesting Facts to Know about the Puerto Rican-Born American Drug Dealer

Though the final big break was in 2018 when the aspiring artist got cast in the leading role as 'Omar Adom' on FBI and its spin-off 'FBI: Most Wanted'.

What is Zeeko Zaki's Relationship Status?

Well, well, well, here comes the news we've been waiting for. No need to stress ladies, we believe our handsome hunk isn't linked to any relationships, let alone a marriage. The FBI agent managed to successfully steal the hearts of fans worldwide, and everyone will be happy to know the man is still in the market.

The handsome actor isn't tied up to anyone as of now.
Source: Instagram

The 30-year-old actor is never seen with any lady whatsoever. Who knows, is he keeping his love affair a secret? Or is there really no one, and the guy is entirely focusing on his flourishing career. We've only got Zeeko to attest to that.

Net Worth of Zeeko

The rising actor is on his way to leave a mark in the Hollywood industry. With his current show's success, we can hope there will be more of Zeeko in the movie and TV market.

The aspiring actor is took a break from acting and studied business as well.
Source: Net worth post

Even at the early phase of the actor's career, he is estimated to amass a net worth of $1 million, all from his minor roles, guest appearance, acting and modeling for ads like 'Pepsi,' 'Citi Bank,' 'Microsoft Phone,' 'Verizon' and others.

Also See: Greta Gerwig and Noah Baumbach's Net Worth; The Complete Breakdown of the Pair's Wealth

For more information on your favorite celebs, don't forget to check out Glamour Fame.