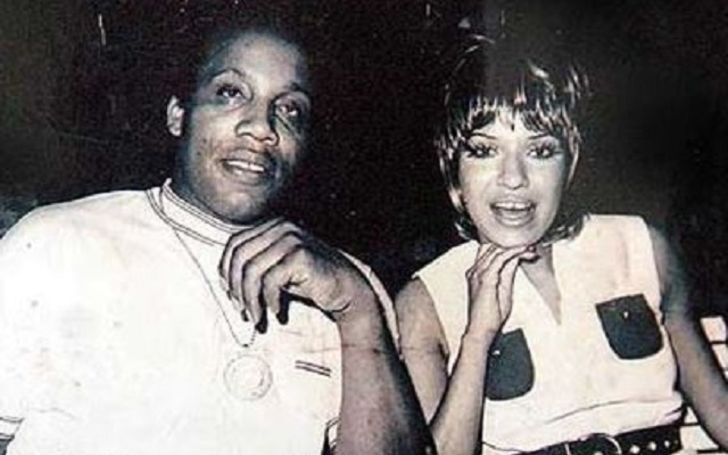 Julianna Farrait is widely known as the wife of the infamous drug dealer Frank Lucas. The woman's got her fair share in Lucas' Drug escapades.

The couple's life led to an Oscar-nominated movie, 'American Gangster.' It follows the notorious drug lord's life, from imprisonment to the police chase, to the love life of the couple. The movie did relatively well in the box office as it grossed over US$266.5 million worldwide.

Movie Based on Julianne and Frank's Life

There is a movie named 'American Gangster,' which is an American biographical crime film based on Frank, and it also portrays Julianne's role as his wife.

The movie was directed and produced by Ridley Scott, and Steven Zaillian wrote it. It showcased Lucas's criminal career as a heroin smuggler. Actor Denzel Washington played the role of Frank, and Farrait was played by Puerto Rican actress Lymari Nadal.

You May Also Like: Facts to Know about Christopher Knight's Wife Cara Kokenes

The movie received two Oscar nominations for 'Best Art Direction' and 'Best Supporting Actress.' It won a 'Screen Actors Guild Award' for 'Outstanding Performance by Female Actor in a Supporting Role.' Not only that, the movie bagged the award for 'Best Thriller' in the 'Empire Awards.'

Julianna As The Homecoming Queen

There were many fake news about Farrait as the former 'Miss Puerto Rico.' It was because the movie 'American Gangster' termed her as such. Though when a research was carried out, it got revealed she was never even a contestant of the pageant.

The lady was, however, the 'Homecoming Queen' from Puerto Rico. Maybe that was why the drug lord himself was so much in love with her.

Known for a Lavish Lifestyle

Husband Lucas and Julianna were famous for their over-the-top lifestyle and wardrobes. Being a notorious drug dealer meant the greens were flowing in a considerable amount.

The gangsta couple liked to keep things trendy. The most famous items they owned was a full-length chinchilla coat and matching fur hat, which cost a whopping $100,000 and $25,000.

Julianna once said that the couple were like 'Black Bonnie & Clyde' because they were always together. She was jailed in 1975 for five years. After her release, the couple got a divorce.

Frank & Julianne shared seven kids, though Julie claims only one of them was biological.
Source: Autobiography

Not one for separation, the notorious couple moved back to Puerto Rico once again. They lived with their seven kids. Farrait always supported and took part in her husband's shenanigans, even if it was illegal. She once admitted being attracted to danger.

Frank was already wanted for his drug dealing business. However, Julie also fell into the same business.

In 1975, Lucas was arrested from his New Jersey home with more than $500,000 and was convicted for 40 years. For the same, Farrait also got five years of imprisonment.

Again on May 20, 2010, the lady was arrested for trying to sell a massive 2 kg cocaine in Puerto Rico. Finally, in February 2012, the Manhattan federal court justice sentenced Julie to 5 years of imprisonment.