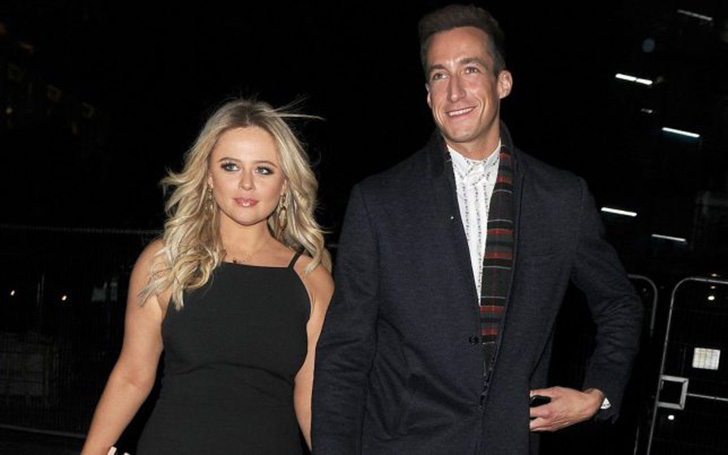 Emily Atack is off the market.

The actress, Emily Atack took it to Instagram with her boyfriend, Rob Jowers on Sunday. She captioned the picture,

She uploaded a cozy photo with her arms wrapped around her film producer beau, with the star wearing a sparkling ring on her wedding finger.

Although the 29-year old star did not make an official announcement, her fans quickly jumped to the conclusion that the couple is engaged, with some rushing to congratulate the pair.

One of the fans asked in the comment section, ''Is that an engagement ring? Am I being blind or far behind? Happy Easter lovely lady! Xx.''

Meanwhile, her other fans wrote,'

''I must be living under a rock. Totally thought you were single, but you’re getting hitched! Congratulations!'

''Are you engaged? Who’s this hunk?' questioned a third fan, with another asking: 'Boyfriend? Engaged? Ooooo''

Emily quickly made the fans correct by posting a video on her Instagram story. She totally denied the engagement rumor. 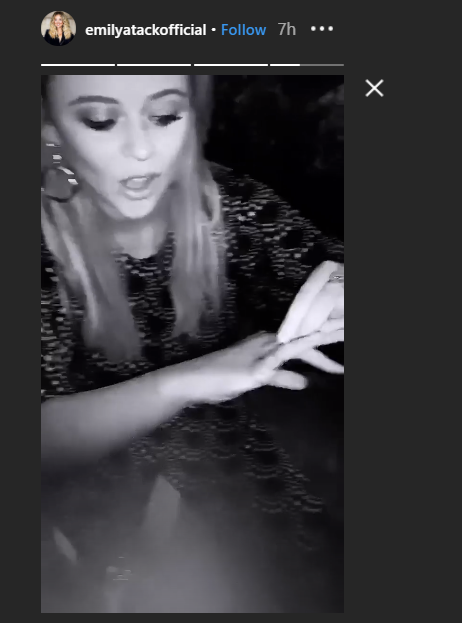 ''By the way, I am not engaged. The picture went flipped around like it does. I have a ring on my right hand.''

''Stop scaring him off, he's a new boyfriend and he's going to get very scared!''

Earlier, Emily dated model Jack Vacher but they separated soon in early 2018. Later, she was rumored to be dating Ziggy Lichman.