home Entertainment Who is Emily Vakos? Details About Her Married Life and Relationship

Who is Emily Vakos? Details About Her Married Life and Relationship 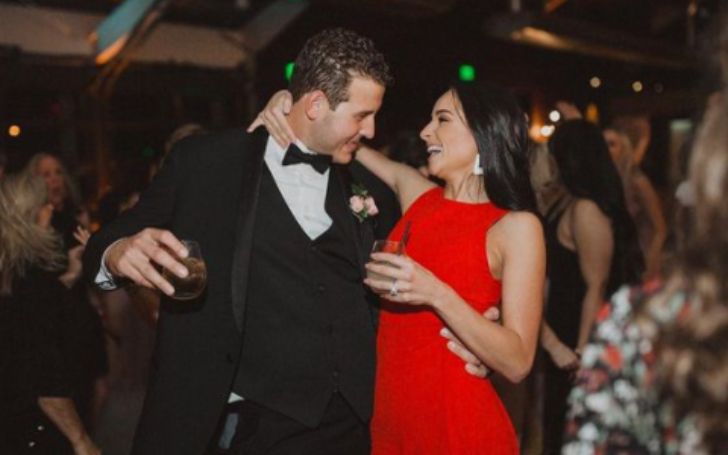 Let's Know In Detail About Emily Vakos And Her Marital Status!

Emily Vakos is well recognized as a life partner of an American professional baseball first baseman for the New York Yankees of Major League Baseball.

On the other hand, Emily has her fan base as an American nutritionist and food expert who graduated from Arizona State University. On her own, she bears the capacity of herself as an experienced realtor, blogger, and nutritionist.

Emily Vakos was born on January 9, 1994, in Dallas, Texas, U.S. Stephanie Sudwischer and Mark Vakos welcomed her. Moreover, her siblings' whereabouts are not revealed yet.

Besides all this, Emily interned at the Chicago Cubs, and with this in mind, she expanded her nutritional internship for the Scottsdale United School District. Moreover, she has also worked as an associate salesperson's at the Mal Malouf Boutique.

Also, See: Who is Kiley Sullivan? Who Is She Dating Currently? Details Here!

After that, Emily got engaged in opening a blogging website called The Food 1-1. Moreover, her blog mainly consisted of various opinions on health-related studies, her college projects, articles, and a list of procedures for food recipes.

While this may be true, in recent times, news has emerged of Emily's involvement as a real estate broker for the @Properties firm, inferred from her LinkedIn profile.

Emily Vakos is a happily married woman. She has walked down the aisle with Anthony Vincent Rizzo, an American professional baseball first baseman who is a free agent.

Emily Vakos has been relishing a blissful relationship with Anthony Rizzos for the last three years.
Photo Source: Instagram

After Emily's graduation, she attended a Chicago Cubs nutrition intern who is where she met Anthony. After that, eventually, the pair started dating away from the public's eye.

Also, Know About: Who is Kristin Cavallari? Is She Getting Married After Divorce? Know About Her Relationship

As per the news, Anthony had a huge surprise for Emily on their engagement day. He choreographed a beautiful display of fireworks over Lake Michigan on that day. Accordingly, it was only a matter of time before wedding bells would ring.

The couples announced their wedding on December 29, 2018, and many fans came out as a piece of shocking news. Further, they both posted their snap on Instagram with a lovely photo of the celebratory moment in their ceremonial attire.

Emily and Anthony do not have any kids within three years of married life. But fortunately, they introduced themselves as a proud parent to their dog, Kevin.

For more detail on celebrity relationship status, stay tuned with us in Glamour Fame.