home Entertainment Who is Kiley Sullivan? Who is She Dating Currently? Details Here

Who is Kiley Sullivan? Who is She Dating Currently? Details Here 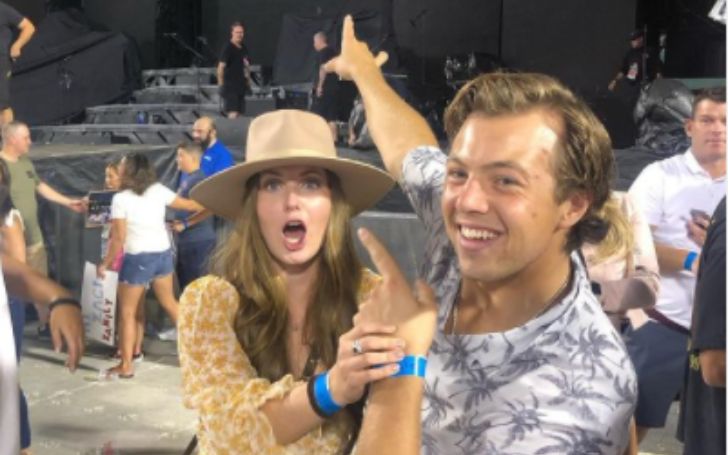 Grab all the Details on Kiley Sulivan's Early Life And Personal Life!

Additionally, Kiley is also well recognized because of her sweetheart, one of the most famous hockey players in the USA. Not only that, he is a part of the coveted team Boston Bruins and has played in the National Hockey League for several seasons.

Who is Kiley Sullivan? Know Her More Here!

Kiley Sullivan was born on April 9, 1997, in Duxbury, Massachusetts. She is one of three children blessed to Michael Barry Sullivan, aka Mike Sullivan, and Kate Sullivan, a nurse by profession.

The father of Kialey, Michael, is an American ice hockey coach and former player. Currently, he is the head coach of the Pittsburgh Penguins of the National Hockey League (NHL). He represented the United States twice, including at the 1997 World Championship, Internationally.

Kiley Sullivan is blessed with two siblings in her life.
Photo Source: Instagram

Among the three, Kailey is the youngest among all. She is blessed with an elder sister, Kaitlin Sullivan, 29, and an elder brother, Matthew Sullivan, 27, according to Earn The Necklace.

24-year-old Kailey attended Duxbury High School in her childhood. In May 2019, she held a Bachelor of Science in Health Professions and Related Clinical Sciences degree and a Minor In Communications from Boston University.

At an early age, Kailey Sullivan experienced interning at Scituate Pediatrics. Then she was involved in promotional work for businesses as a ClubHouse Representative at Wheels Up in Duxbury, Massachusetts.

Recently, Kailey Sullivan has been working as a key leader with Lululemon since 2019.
Photo Source: Instagram

Recently, Kailey has been working as a key leader with Lululemon since 2019. Alongside her sister, Kaitlin, they both together promote New Balance.

Also, See: Who is Phoebe Dynevor Dating in 2021? Learn About Her Relationship Status Here

Nevertheless, Kailey is following the footstep of her mother and grandmother in healthcare. Her father, Mike, is mighty proud of his youngest child, Kailey, for working towards a nursing license at the Massachusetts General Hospital in Boston.

Is Kiley Sullivan Married? Or Is She Dating Someone?

Well, for the many eagle-eyed fans, the question is, ''Is Kiley Sullivan married or unmarried; or is dating someone?'' Undoubtedly, the answer is yes; Kiley is dating the famous personality but has not married yet.

Kiley Sullivan has been dating Charlie McAvoy, for the last four years, since 2016. Her better half is a prominent ice hockey defenseman for the Boston Bruins of the National Hockey League, as noted by biography post.

Unfortunately, details of their met and love story are still under wraps. However, their relationship is not that private; they often get spotted on each other Instagram being cozy.

Check Out: American Actress Melissa Peterman is Living Happily With Her Husband John Brady and Children

The lovey-dovey pair seems to be very beautiful together and might soon take the next step in their relationship. No doubt, they snap together multiples times on social media is proof of their togetherness.

For more early life and love life updates on celebrities, stay tuned with us in Glamour Fame.