home Entertainment Ethan Suplee and Wife Brandy Lewis — Are They Still Together?

Ethan Suplee and Wife Brandy Lewis — Are They Still Together? 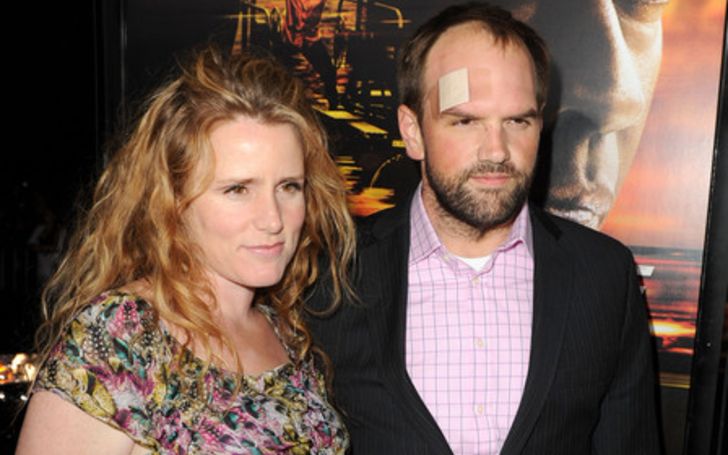 Those who are unfamiliar with the Hollywood star Ethan Suplee, he is best known for his role as 'Randy' in the television series 'My Name is Earl' who recently made headlines for an awe-inspiring weight loss journey.

How is Ethan's Relationship with His Wife Brandy Suplee

Ethan wishes his wife a 'Happy Birthday' taking to his Instagram.
SOURCE: @ethansuplee

Ethan,43, and Brandy Suplee,43 is sharing a blissful 14 years of a marital relationship and going stronger than ever carrying a good bond and mutual understanding.

The above snap is a snippet posted on Ethan's birthday alongside the caption, which reads, "Happy birthday to my partner in crime, the love of my life, and my best friend. And, thank you for creating a life worth putting effort into Brandy. I love you".

Similarly, on another post, the 'My Name is Earl' star opened about his relationship to wife reminiscing a few past moments and memories when wishing her a happy birthday, sharing,

We met when we were 16, and I want to say that it was love at first sight, but really, I think I fell in love with you a few moments later, when you slapped me in the face with a hot tea bag.

The longtime lovers started dating back in 2004 and tied the knot shortly after two years of dating in 2006. As in now, they have already passed a decade long relationship and are currently running on their 14th year.

You May Like: Details of Melissa Sue Anderson Children and Married Life

Overviewing their relationship from the time they met, which has been 16 years and a month, they both seemed to be best friends first and then a hubby and wife. Brandy's is Sagittarius and Ethan's Gemini, and as per reports from the astrological chart, they are highly compatible with each other.

Ethan Suplee shares his family picture of all his daughter and wife on women's day on his Instagram.
SOURCE: Instagram

Similarly, the younger ones are 14 years old, Francis Clementine, born in 2005, and 12 years old daughter Billie Grace Suplee born in 2007. The family of six seems to be very supportive, carrying an immense love for each other.

There is no news related to any conflicts and controversies in the family, which makes them one of the happy family in the showbiz industry. As a matter of fact, the 'Natural Born Killer' actress, Juliette Lewis is his sister-in-law who often visits the family on occasions.

We hope you enjoyed the article, stay tuned for more Entertainment updates on Glamour Fame and don't forget to sign up the cover letter.